Mumbai: India’s industrial production returned to the negative zone for December, in a worrisome development for the government, as data showed that factory output contracted by 0.3 per cent after growing at 1.8 per cent in November.

Also, retail inflation rose to 7.59 per cent in January, adding doubts over a recovery in Asia’s third-largest economy, in the third quarter of financial year 2020. On the inflation front, higher vegetable prices pushed up the CPI index further up thereby shrinking the room for a further cut in rates by the RBI.

Here’s how Dalal Street experts and economists reacted to the macroeconomic data:

Rahul Gupta, Head of Research- Currency, Emkay Global Financial Services
Sharp spike in food inflation has led India’s January CPI to breach a six-year high of 7.59% compared with 7.35% in Dec. It is the second consecutive month when CPI has breached the upper band of RBI’s inflation target. While, unexpectedly IIP has contracted to 0.3% in Dec from 1.8% in Nov. Due to higher inflation, RBI has been maintaining a status quo since December 2019, if inflation continues to hover above 6%, we don’t expect RBI to cut interest rates or change its accommodative policy stance.

Nikhil Gupta, Chief Economist, Motilal Oswal Financial Services
Overall, the concerning combination of weaker growth and higher inflation remained in December. Rate cuts are things of the past and Q3FY20 GDP growth will be definitely lower than in Q2FY20.

Govinda Rao, Chief Economic Advisor, Brickwork Ratings
Food inflation is likely to subside in the coming months, but rising core inflation, up from 3.5% to 4.2%, is a cause for renewed concern, as there is fear of further escalation in the prices of services items. With CPI inflation breaching the RBI’s upper target again, the expectation of any further rate cuts by MPC despite the accommodative stance becomes minimal.

Moreover, December IIP numbers are really worrying with the manufacturing sector reporting a negative growth of 1.2%, leading to a contraction of 0.3% in overall IIP growth. Despite the negative IIP growth, if the recent revival in eight core activities and PMI manufacturing index sustains, we can expect some improvement in the industrial activity in the last quarter of the current fiscal.

Care Ratings
Retail inflation is expected to remain above 6 per cent for the next two months on account of low base effect and sustained inflation in the food segment arising from pulses and telecom and communication charges. We expect retail inflation to average around 4.5-5 per cent for FY20. With high inflation, the RBI may not go for a rate cut in their next meeting in April. 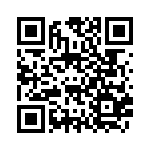