After numerous delays, Cyberpunk 2077 is finally set to release next month. However, it looks like there could be physical copies already in the wild, and you’d be wise to avoid watching gameplay if you want to avoid spoilers ahead of the launch date.

Images of sealed PS4 copies of the game have appeared online, and a Reddit poster claims they were able to hold one in advance via a job at Amazon. The box art lists two Blu-ray discs along with stickers, postcards, a world compendium, and a game map, as well as extra digital content. If you’ve purchased The Witcher 3’s physical version, then these contents should seem familiar, as CD Projekt Red included stickers and other goodies in the standard edition of that game, too.

But with copies potentially leaking into the wild, including gameplay videos that are quickly getting removed, you have to be mindful of spoilers. We’ve learned quite a bit about the world of Cyberpunk 2077, including its factions and the backstory of Johnny Silverhand, but there is plenty we don’t know.

The wait to finally play Cyberpunk 2077 has only gotten harder, as the game has undergone multiple delays. Initially planned for release in April, it was then delayed to September and then November before its most-recent–and presumably final–December 10 date. You can learn more about Johnny himself in the final Night City Wire presentation.

At launch, Cyberpunk 2077 will be available on Xbox One, PS4, PC, and Stadia. It will be backwards compatible with Xbox Series X/S and PS5, and full next-gen versions will arrive at a later date with free upgrades. 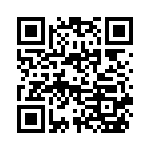