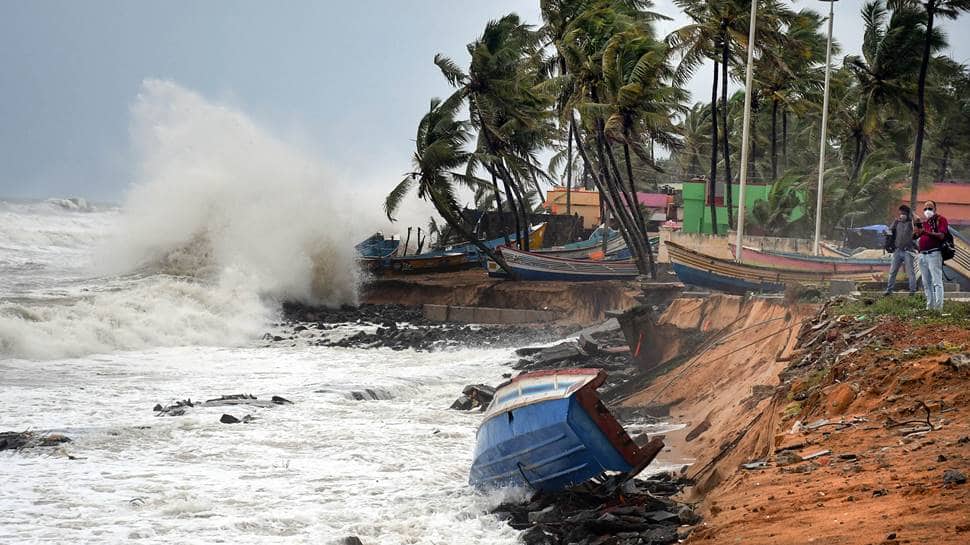 New Delhi: The India Meteorological Department (IMD) on Saturday issued a warning that Cyclone Tauktae has intensified and is heading towards the coast of Gujarat and the Union Territory of Daman and Diu and Dadra and Nagar Haveli, currently, the storm hit the Karnataka coast.

The weather department also said that the storm will bring along very heavy rains across the Western Coast of the country.

Meanwhile, Prime Minister Narendra Modi reviewed the cylone preparedness of states, central ministries and other agencies directing them to take every possible measure to ensure that people are safely evacuated. The PM also called for ensuring maintenance of all essential services such as power, telecommunications, health and drinking and their immediate restoration, a statement said.

Here are the latest developments:

Torrential rains accompanied by fierce winds and high tidal waves rocked Kerala and claimed two lives, as it lashed the state since last night forcing the government to shift hundreds of families to relief camps. Chief Minister Pinarayi Vijayan said the impact of cyclone Tauktae was expected to last the next 24 hours in the state. The India Meteorological Department (IMD) sounded ‘red alert’, indicating the possibility of extremely heavy rainfall above 204 mm in 24 hours, in 9 districts.

The National Disaster Response Force (NDRF) has increased the number of teams to 100 to undertake relief and rescue measures in view of the impending Cyclone Tauktae. NDRF Director General S N Pradhan tweeted that these teams were being mobilised for deployment in the coastal regions of Kerala, Karnataka, Tamil Nadu, Gujarat, Goa and Maharashtra.

Western Railways cancels over 60 trains between May 15-21

In the wake of the Cyclone Tauktae the Western Railway announced that it is cancelling nearly 60 trains which would ply on the dates of May 15 to May 21.”In view of the cyclonic warning storm ‘Tauktae’, it has been decided to cancel/short terminate some trains for the safety of passengers and train operations,” said Western Railway in a statement.

AAI yet to take a decision on closing airports

The Airports Authority of India is yet to decide on whether airports will be closed or not since they say no clarity is given about the most affected areas due to the disaster.