Robert is one of the most anticipated films of Kannada actor Darshan. Although the film was announced long ago and even Darshan’s first look from the film was launched, the makers left the fans hanging by not revealing the name of the lead actress. After months of speculations, yesterday, the makers of Robert revealed that Asha Bhat has been roped in to play the female lead opposite Darshan. The 26-year-old actress who is making her debut in Sandalwood told Times of India that she’s looking forward to connecting with her fans in Karnataka.

She stated, “I always used to get messages on social media from people asking me why I have not done a Kannada film yet. And I would tell them that I hadn’t got the right film yet. And, then, Tharun sir called me after watching Junglee, asked me to meet him and the rest is history. I’m eager to connect with my Kannada fans and honour my mother tongue.”

Before Asha signed the deal and her role in the film was made official, reports suggested that some of the biggest names from different industries were considered for the part. It ranged from Kajal Aggarwal to Bollywood’s Aishwarya Rai. Eventually, director Tharun Sudhir brushed these off as rumours.

“Reports and rumours had strongly suggested how we have roped in an actress from outside the state as the leading lady of our film. But, we were keen on having someone from Karnataka. We are glad that we got to cast Asha, who is a Kannada hudugi, and she will be making her debut in Kannada films with us,” he further explained.

Meanwhile, Asha is as excited about working with Tharun. She said, “It is a fabulous story. I have a role that made me say yes, and jump into it immediately. I get to work with an amazing director like Tharun sir and the icing on the cake is I debut with Darshan sir.” 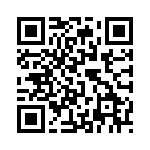