David Goffin has become the first seeded player to be knocked out of the French Open.

The 11th-seeded Belgian lost 7-5, 6-0, 6-3 to 19-year-old Italian Jannik Sinner, who beat Goffin for the second time this year after winning on hard courts at Rotterdam in February.

Sinner showcased his talent as one of the world’s best young players by winning the Next Gen ATP Finals last year. He next faces French qualifier Benjamin Bonzi or Finland’s Emil Ruusuvuori.

The U.S. Open runner-up plays either Venus Williams or Anna Karolina Schmiedlova in the second round. 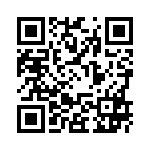