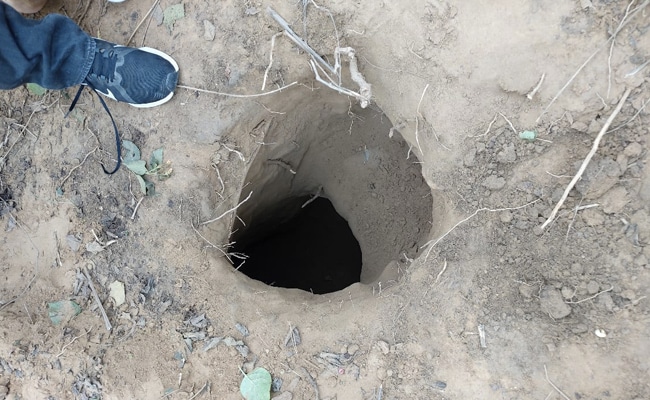 A massive operation is on near the International border in J&K’s Samba.

A massive operation is on near the International border in Samba sector to unearth an underground tunnel which was suspected to have been used by four Jaish-e-Mohammad terrorists to sneak into the country from Pakistan, said officials on Sunday.

All the four terrorists were killed in a gunfight when a Kashmir-bound truck in which they were travelling was stopped for checking at Ban toll plaza on Jammu-Srinagar national highway on Thursday.

A huge cache of arms and ammunition, including 11 AK assault rifles, three pistols, 29 grenades and six grenades were recovered from the possession of the terrorists, who, according to police, had come to execute a “big plan” to disrupt District Development Council polls, scheduled to be held in eight phases beginning November 28.

Based on the material recovered from the terrorists, it was suspected that the terrorists infiltrated into this side from Pakistan through an underground tunnel in Samba district, the officials said.

They said a massive anti-tunneling operation is being carried out by the BSF since Friday and presence of a tunnel is suspected near Regal village in Samba district.

The Army and police have also joined the operation, which is still on, the officials said.