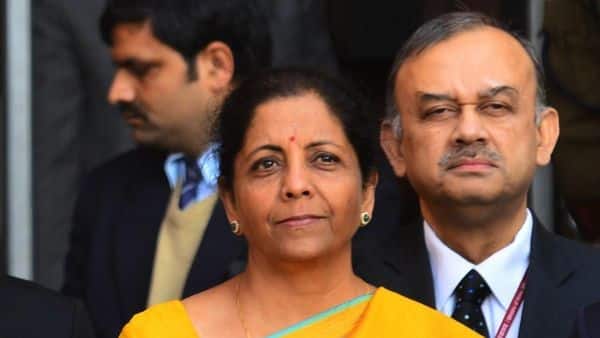 MUMBAI :
The Union budget has proposed to abolish the dividend distribution tax (DDT), something demanded by the stock market and recommended by the direct taxes code (DTC). Instead of companies paying DDT on the dividend they give out, the dividend income will now be added to the taxable income of the recipient, and taxed at the applicable rate. According to the government, the move will cost ₹25,000 crore in tax revenue.

The change will prompt many promoters who own shares in their companies in their individual capacity to restructure their holdings to reduce tax outgo. As individuals, their tax burden including dividend income could go up to 43%, while if they hold the stakes through companies or limited liability partnerships, it will be much lower.

That apart, abolishing DDT lowers the tax outgo of Indian firms (including holding companies) and foreign investors. Companies which receive dividend income from subsidiaries can claim deduction for the dividend, as long as they pass it on to individual promoter shareholders, eliminating double taxation.

Multinational companies (MNCs) and foreign investors receiving dividend income from their Indian businesses will be key gainers. Typically, MNCs pay two types of taxes here: corporate tax and DDT. Even after last year’s corporate tax cut, total tax levy of corporate tax at a maximum of 25% and DDT at the rate of 20.56% (DDT at 15%, plus surcharge and cess) took their effective tax to about 45%.

However, while these foreign shareholders could claim credit for corporate tax paid in India in their home countries, that was not the case with DDT paid by their Indian businesses. Now, with DDT gone, these investors will be able to claim credit for all tax paid in India in their home jurisdictions. “Due to DDT abolition, the effective tax rate for MNCs has become competitive when compared to other overseas jurisdictions,” said Shefali Goradia, partner, Deloitte India.

Foreign investors are taxed at a maximum rate of 15% in India, as per provisions in various tax treaties. Tax for foreign investors is capped at 10% for all countries except the US (15%) and Mauritius (5%). So, if promoters choose to set up companies in Mauritius to hold their shares, their DDT outgo will be only 5%. However, there is a catch—the Finance Bill has introduced a clause which will take away the treaty benefits if the entity is found to be treaty-shopping.

“For a foreign company/shareholder, DDT tax outgo is governed by treaties which can go maximum up to 15%. So, a foreign shareholder is at significant advantage as compared to a resident,” said Dinesh Kanabar, founder, Dhruva Advisors.

“We might see many promoters restructuring their shareholding to ensure that the DDT levy on them is minimal. It will be significantly lower if they hold shares through a company or a limited liability partnership (LLP),” said Dinesh Kanabar, founder, Dhruva Advisors. Under income tax rules, the effective tax rate for LLP is 35% and for companies, it is up to 25%. So, holding shares in firms through an LLP or a company will give promoters a significant tax arbitrage as against holding it in personal capacity.

“Public sector firms are revenue neutral as dividend and DDT both go to the government. Promoter-held firms are largely tax advantageous as the government can charge levy at least 10% more than what it got previously. The third is MNCs who are the clear winners and government stands to lose revenue,” said Goradia.