The CSDS-Lokniti pre-poll survey for the Bihar elections, released last week, generated buzz with its headline number — a vote share distribution of 38% for the National Democratic Alliance (NDA) of the Bharatiya Janata Party (BJP), the Janata Dal (United), or JD (U), and 32% for the Mahagathbandhan of the Rashtriya Janata Dal (RJD), Congress and the three Left parties — ahead of the three-phase polls starting on October 28.

Unlike most other surveys, the entire Lokniti data is available to researchers, and a careful reading of the results, along with previous Lokniti surveys, other election statistics, and expert views, suggests that a more nuanced view is required to understand the current state of play in the Bihar contest.

Click here for complete coverage of the Bihar Assembly Election 2020

The Lokniti Survey was conducted between October 10 and 17. Campaigning had not picked up momentum by then. If the 2015 Lokniti survey is any indication, the political mood in the state can change drastically during the course of campaign. The 2015 pre-poll survey conducted by Lokniti had actually given a lead of four percentage points to the NDA against a projected 38% vote share for the then grand alliance of the RJD, JD(U) and the Congress, which emerged triumphant, but whose government fell when Nitish Kumar’s JD (U) left its fold and tied up with the BJP in 2017.

Local contests could play a key role in the outcome

The Lok Janshakti Party’s (LJP) decision to contest outside the NDA and direct its entire attack on Nitish Kumar rather than the BJP has emerged as the biggest ‘X factor’ in these elections. Lokniti survey findings and the past election performance of the LJP underlines the importance of this factor.

Among the questions asked in the Lokniti surveys, there is one on whether a voter is willing to change her political choice reported in the survey on the day of the elections. The share of respondents who say that they could do so has increased by four percentage points to 14% in the 2020 pre-poll survey compared to 2015.

Another question which has been asked in the survey is about the driving factor – party, local candidate or chief ministerial candidate – behind the voting decision. While party affiliation is the biggest reason for both NDA and Mahagathbandhan supporters, it is the local candidate who seems to be driving support for LJP in the elections.

Can the LJP act as a spoiler for the JD(U)

Of the 136 candidates fielded by the LJP, 113 have been fielded against the JD(U). The JD(U) has fielded 115 candidates in these elections. The LJP has also fielded candidates in all seven assembly constituencies (ACs) where the Hindustani Awam Morcha (HAM) is contesting. The JD(U) had allocated these ACs to HAM out of its own quota of 122 ACs. An AC-wise analysis of the 2014 Lok Sabha results; the only time the JD(U) contested an election on its own, shows that the JD(U) had performed better in ACs which the LJP is contesting this time when compared to those where it has not put up candidates. This suggests that the LJP is capable of making a dent in the JD(U)’s support base.

The anti-incumbency and identity matrix

While Nitish Kumar’s popularity as chief minister in the 2020 pre-poll survey (31%) has gone down by about nine percentage points compared to the 2015 post-poll survey, it is actually four percentage points higher than what it was in the 2015 pre-poll survey. A social group-wise break-up of the incumbency response suggests that these findings might be driven more by identity than actual governance record. The share of respondents who want Nitish Kumar to get another chance at being chief minister is the highest among Other Backward Classes (OBCs) excluding Yadavs and the upper castes. The former is a category which includes Kumar’s own caste Kurmi and Extremely Backward Classes (EBCs), a political constituency he has consciously cultivated during his three terms in power.

Speaking at a Centre for Policy Research discussion on October 20, Jeffrey Witsoe, an anthropologist who has worked extensively on Bihar, and Sajjan Kumar, an independent researcher, described the EBC support for Nitish Kumar as part of continuing historical churning in the OBC politics in the state. While Lalu Prasad enjoyed the fruits of OBC consolidation in the 1990s, his politics of Yadav dominance led to discontent and a break in the RJD’s lower OBC support-base, something which was highlighted in the Number Theory on October 21.

Three factors which will shape the Bihar contest

As the campaign gathers momentum, three factors could shape the Bihar results.

If the BJP sharpens its attack on the LJP or throws it out of the NDA at the centre, it could lead to a spike in NDA support among both upper caste as well as Scheduled Caste voters, especially from the non-Paswan sub-castes. Not doing this could lead to a further fragmentation in the NDA vote, especially in ACs where the JD (U) is contesting.

The Lokniti survey shows that share of undecided voters among the poorest sections, illiterates (15%) or Mushars and Mahadalits (14%) is the highest. These sections are more likely to be driven by welfare schemes rather than government jobs, which is what the RJD seems to have made its biggest issue at the moment.

The third phase, which has the Seemanchal sub-region with a high Muslim population, will see competition between the Mahagathbandhan and the smaller alliance which also has Asadudding Owaisi’s All India Majlis-e-Ittehadul Muslimeen (AIMIM). Unless the Mahagathbandhan is able to establish a perception that it has a clear led over the NDA in the first two phases, the AIMIM might make a dent in the Mahagathbandhan’s Muslim support base. The perception on whether the NDA is facing a serious risk of loss will also matter for one more reason. Muslims have reported the highest uncertainty (some probability) or reluctance (no probability) about turning up to vote. This number is 17% for Muslims compared to just 9% for upper castes and Yadavs.

(Vijdan Mohammad Kawoosa contributed with data analysis for the story) 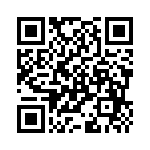