The national capital on Thursday recorded 4,432 new cases of the coronavirus disease (Covid-19), even as the number of more accurate RT-PCR tests again slipped below the 10,000 mark despite the high daily tests in the city.

The city also reported 38 deaths on Thursday, which is the highest in 63 days, taking the total number of people who have died in Delhi to 4,877. The Capital’s tally of total infections is now at 234,701.

To be sure, daily tests in Delhi have increased over three-folds over the past month, according to data shared by the Delhi government.

The rise in testing came after Delhi chief minister Arvind Kejriwal held an emergency meeting in the final week of August to address the resurgence of cases in the city. The CM had said that the government would at least double daily tests to 40,000 a day. Delhi has conducted almost 58,000 tests a day on average during the last seven days. A month ago, this number was around 17,000.

Also read: Covid-19: What you need to know today

However, much of this increase in tests has been because of the rising number of antigen (or rapid) tests, while RT-PCR tests have not increased as much.

According to Thursday’s bulletin, of the 60,014 total tests in Delhi, only 9,564 were RT-PCR. This is in keeping with the overall trend of RT-PCR tests over the past week — at an average, every day 9,490 RT-PCR tests have been conducted in this time period. Only 16.7% of all tests conducted in the last week have been RT-PCR. A month ago (when testing had not been spiked to this level) this proportion was over 30%.

On Wednesday, the Delhi High Court had asked a committee appointed by the lieutenant-governor to immediately convene a meeting “on priority” to chalk out a strategy to increase the number of RT-PCR tests.

RT-PCR test is more sensitive and less likely to throw up false negative reports than the rapid antigen test, but it is more expensive, time-consuming, and needs a lab with proper bio-safety measures to be processed.

Being cheaper, quick, and easy to deploy in the field, the government has preferred the rapid antigen tests that are now offered at all government mohalla clinics, dispensaries, and hospitals.

“When you are using a test for diagnosing an individual, the sensitivity has to be high so that you are sure that the infection gets picked up. That is the reason RT-PCR should be the test of choice outside of containment areas. With rapid antigen test, there is a possibility that it will miss out on positive cases, especially if the person is asymptomatic. The person may then pass on the infection to others,” said Dr Lalit Kant, former head of epidemiology and infectious diseases at the Indian Council of Medical Research (ICMR).

“If the rapid antigen test is used for routine surveillance, we know the sensitivity of the test and the error margin can be multiplied to estimate the number of infections in the population. However, when it comes to the diagnosis of one person, it is better to be accurate… So, RT-PCR test is better for that. An RT-PCR test should definitely be done if there are any clinical symptoms,” said Dr Shobha Broor, former head of the department of microbiology at the All India Institute of Medical Sciences (AIIMS).

“However, it is not practical to scale up the RT-PCR test to the current level,” she added.

Even with the high number of tests, the positivity rate – fraction of samples that return positive among those tested – continues to hover just over 7%. On average a daily positivity rate of 7.18% was recorded in Delhi over the last seven days, a decline from 8.6% recorded in August end. To be sure, due to the fact that antigen tests can miss positives, expert say this may end up artificially dropping the positivity rate.

A positivity rate of 5% is indicative of the transmission of infection being in control. 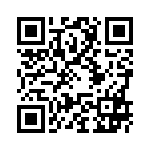