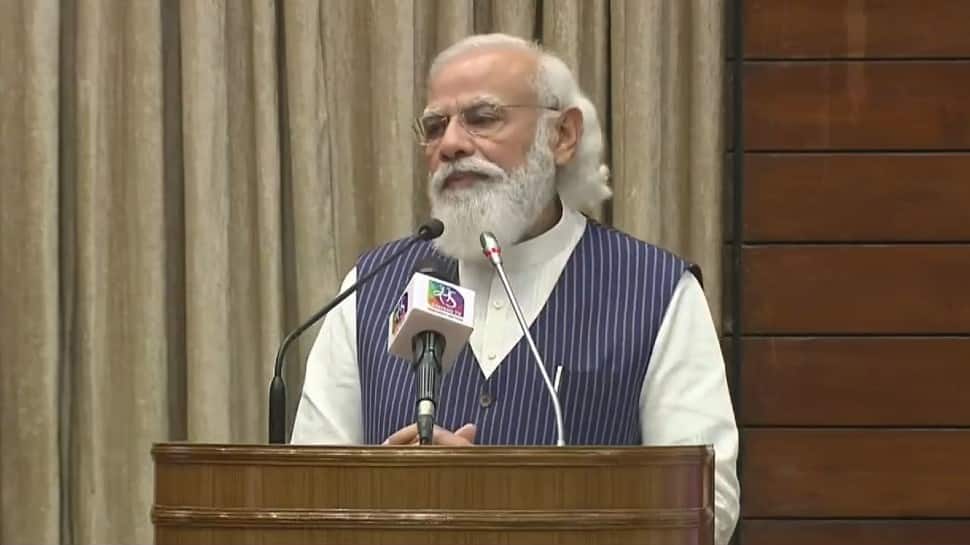 On the occasion, PM Modi hailed democracy saying that India is the mother of democracy. He said that democracy is not just a constitutional structure but a spirit. The launch date of Sansad TV coincided with the International Day of Democracy.

“Today is International Day of Democracy. The launch of Sansad TV becomes more relevant. When it comes to democracy, India’s responsibility increases. India is the mother of democracy. For us democracy is not just a constitutional structure, but a spirit, it’s ‘jeevan dhara’,” PM Modi said.

“Role of media has also changed over the years. It’s bringing revolution, which is why it becomes important to transform in line with modern technology. I have been told that ‘Sansad TV’ will be on OTT platforms, social media and will have its app as well,” he added.

The decision to merge Lok Sabha TV and Rajya Sabha TV was taken in February, and the CEO of Sansad TV was appointed in March.

Earlier today, the PMO said Sansad TV programming will primarily be in four categories – functioning of Parliament and democratic institutions, governance and implementation of schemes, policies, history and culture of India and issues, interests, concerns of contemporary nature.