In a bizarre move, despite having been released in May, Amazon’s Crucible is shifting back into a closed beta beginning on July 1. The move comes after a quiet launch, which marked the first release from Amazon’s internal game studios.

Crucible game will continue to be accessible for players 24/7, but the development team will be scheduling out time to play with the community and solicit feedback. The game will also still be accessible through Steam for current players. Anyone that wants access to the beta should download the game prior to 9 AM PDT tomorrow July 1, after which you will need to sign up through the game’s website for the beta.

There is no set date for when the game will exit beta and release again, with the post saying “it will be based on your feedback and the metrics that we see in-game.” Players will keep all progress and customization items, plus the battle pass and in-game store will remain. 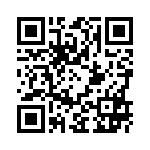