Blizzard is issuing a new update to Diablo 3 in the public test realm (PTR) to put the next update through its paces before it becomes widely available. The 2.6.9 patch was originally going to begin its testing run on Thursday, May 21, but according to an update on the Blizzard forums, the patch has actually been delayed to next week to allow for “additional QA time” to fix bugs and other issues. It’s now scheduled to arrive the week of May 24, slightly past its initially-scheduled launch.

“We discovered some issues that came up and are needing some additional QA time with the build as we want to make sure we get something out that is thoroughly vetted on our end. PTR will not be going live today due to these additional tests needed….”https://t.co/xWX0a0nzrp

Those who participate in the test next week will be able to check out some new gear for Demon Hunter and Necromancer, with some special items to help speed you on your way. It should help to make the wait for Diablo 4 a little easier, especially as we still don’t know when the game is actually going to release. 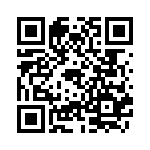