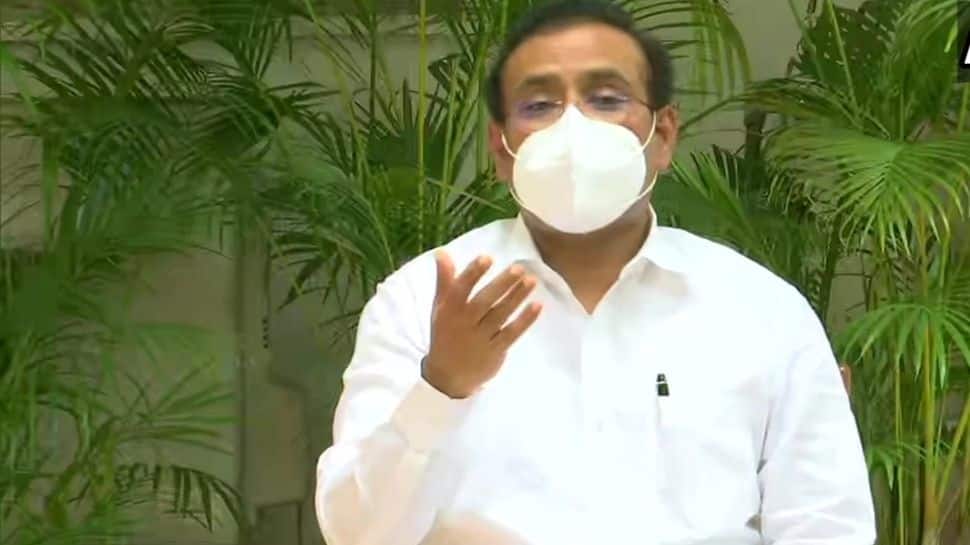 New Delhi: Maharashtra Health Minister Rajesh Tope on Thursday (April 8) alleged discrimination by the Centre against the state over allocation of COVID-19 vaccines.

Talking to reporters, Tope claimed that as per latest release order of COVID-19 vaccines, Maharashtra has been allotted 7.5 lakh vaccine dosages, while BJP-ruled states like Uttar Pradesh, Madhya Pradesh, Gujarat, Haryana etc. have been given far more vaccines.

“According to the latest release order of vaccines from Centre, Maharashtra has been given 7.5 lakh vaccine dosages only. While Uttar Pradesh, Madhya Pradesh, Gujarat, Haryana etc have been given far more vaccines than Maharashtra,” Tope was quoted as saying by ANI.

“Our pace has increased, centres have increased. How can a state that has the most number of cases in the country get lesser vaccine doses? I talked to Dr Harshavardhan (Union health minister)… I raised the issue of discrimination with us. We have the most number of active patients, positivity rate and death with 12 crore population. Why we are given so few vaccines?” he further asked.

Hinting at “shortage” of vaccines in Maharashtra, he said that Satara, Sangli, Panvel stopped vaccination on Thursday while Buldhana has only one day’s vaccine stock left.

The Health Minister apprised that Maharastra requires 40 lakh doses per week. “We want at least 40 lakh vaccine dosages every week. Instead of supplying vaccines to other countries, supply them to our own states. The centre is helping us but it is not helping us in the way it should,” he told reporters.