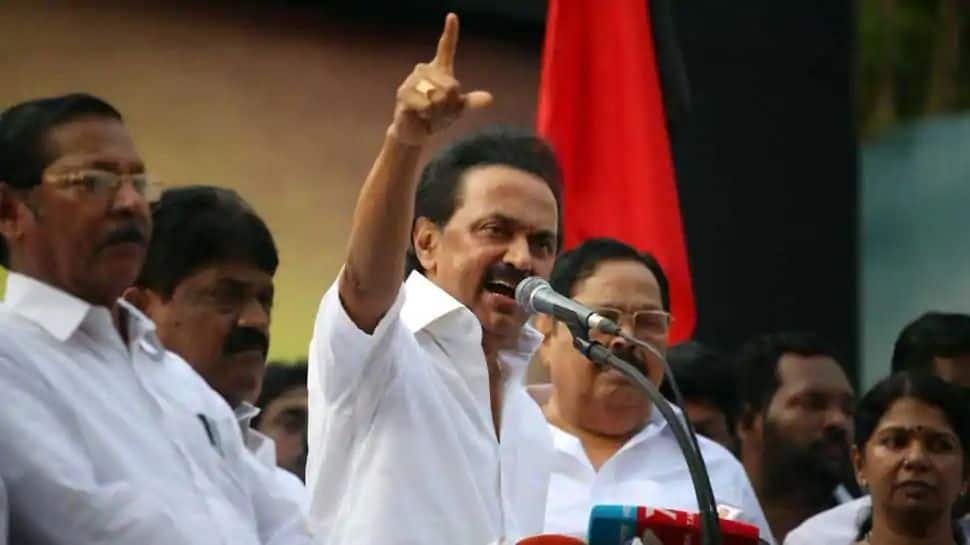 Chennai: Ahead of the assembly polls in Tamil Nadu, the Dravida Munnetra Kazhagam (DMK) has finalised seat sharing deal with its allies. The party saw a number of busy days, with back to back meetings with its allies to finalise the seat-sharing ratio. The DMK will be fighting the upcoming state assembly elections with Congress, CPI, CPI (M), MDMK, VCK, IUML and MMK.

The DMK on Friday (March 5) signed the seat-sharing agreement with the CPI. The agreement, allotting CPI six seats for the coming assembly elections, was signed by DMK president M.K. Stalin and CPI state secretary R. Mutharasan at DMK headquarters in Arivalayam.

The party on the next date, Saturday (March 6), signed seat-sharing with CPI (M) state general secretary K Balakrishnan, other party members G Ramakrishnan and Mahendran met DMK leaders at the DMK headquarters in Arivalayam after the second round of seat-sharing talks.

“CPI (M) and DMK delegations have discussed the seat-sharing in today’s meeting. Both parties have asked for their required number of seats”, said Balakrishnan.

Additionally, DMK on Sunday (March 7) announced that its ally, Congress will get a total of 25 seats and will contest in the bypolls for Kanyakumari Lok Sabha following the death of the sitting MP of H Vasanthakumar.

Earlier, ANI had reported sources inside Congress stating that the Tamil Nadu Congress president KS Alagiri broke down in front of party members after feeling humiliated by DMK during the seat-sharing discussion.

The party had decided, earlier last week, on the seat sharing with Indian Union Muslim league (IUML) and the Manithaneya Makkal Katchi (MMK) allotting them three and two seats respectively.

The assembly elections for 234 assembly seats in Tamil Nadu will be conducted in one phase on April 6. The counting of votes is slated for May 2.