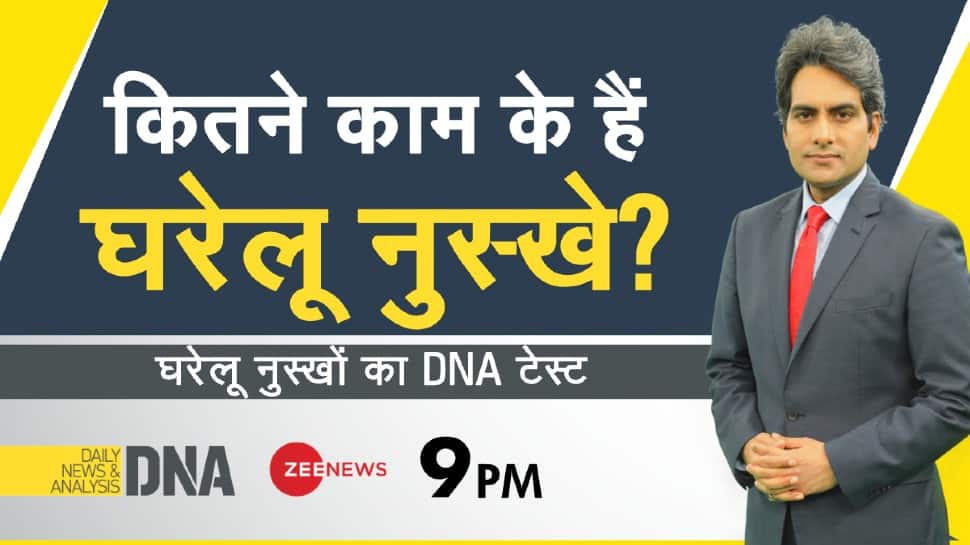 New Delhi: Even as the people are struggling to cope up with the second wave of COVID-19 in the country, the fear of the third wave has made things worse. People are worried about when the next wave will strike and how they will survive it.

Zee News Editor-in-Chief Sudhir Chaudhary on Thursday (May 6) discussed the threat of the third COVID wave and busted myths about certain home remedies people are employing these days to fight against the deadly virus.

The Supreme Court today asked the central government about the preparations it is making to deal with the next wave. It asked what the government would do if children were infected. The court sought answers from the Central Government regarding the vaccination of children.

But the fact is that in the current circumstances, there is little hope of any vaccine for children soon. Most vaccines are still in the trial stages.

When will the third COVID wave strike?

According to scientists, it cannot be estimated when the third wave will strike. But we can definitely prepare by assessing the situation of other countries.

The second wave of coronavirus in the US lasted 45 days, whereas in India it has been more than 60 days. And still, according to scientists, the peak of this wave has not come yet.

Myths about home remedies for treatment of COVID-19:

1. The Nebulizer therapy – Many believe that this home remedy improves oxygen level in the body. This claim is completely false. Experts say that this technique is not effective in giving extra oxygen to the body. Its misuse can even lead to death. So, one must consult a doctor before using this technique.

2. Some believe that putting two drops of lemon in the nose increases the oxygen level. But according to the World Health Organization, there is no evidence for this. The vitamin C present in lemon is important for the body, but the claim that it improves oxygen level in the body, is completely false.

3. Using Paracetamol round the clock – Doctors say that taking more than 2 to 3 grams of Paracetamol a day can be dangerous. This can worsen the patient’s health. It must be kept in mind that Paracetamol should not be taken too often.

4. Antibiotics: Some claim that using antibiotics help fight COVID-19 virus. This claim is also wrong. The fact is that antibiotic medicines are given in diseases caused by bacteria. But this disease is caused due to a virus. However, during infection, it has been observed in many patients that they are also suffering from certain bacterial diseases, and in that case, doctors recommend the patient to take antibiotics.

5. A mixture of camphor, celery and eucalyptus oil – Some believe this helps improve oxygen level in the body. But according to the US health agency CDC, this claim is completely false.

Apart from these, a large number of people are currently demanding blood plasma for patients on social media. But does this actually help?

ICMR says No. It has said that plasma therapy is not effective in treating serious or in reducing chances of mortality.