This week, after highway patrol officers in Brazil completed a routine traffic operation, they were surprised to be called upon to assist with a much more pressing matter.

When they got back to their patrol vehicle, they were met by a sweet dog who’d hopped inside.

And boy, was he happy to see them. 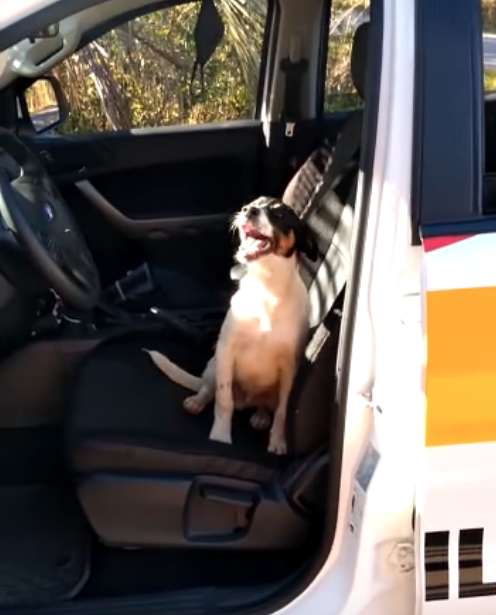 Evidently, given the remoteness of that spot on the roadway, there was little doubt about how the dog ended up there all alone. And now he was asking the officers for help.

“They were surprised,” officials later wrote. “He cried a lot. [He] appeared to have been abandoned on the side of the highway.”

Thankfully, the dog’s desperate message was received loud and clear.

Here’s that touching moment on video:

Moved by the poor pup’s pleas, the highway patrol officers decided to give him a lift back to their station. It was there that the abandoned dog’s fortunes changed for a lifetime.

Another officer soon decided to welcome the dog into his family forever.

“[He] decided to adopt him, which made his children happy,” officials wrote. “His name is Rex!” 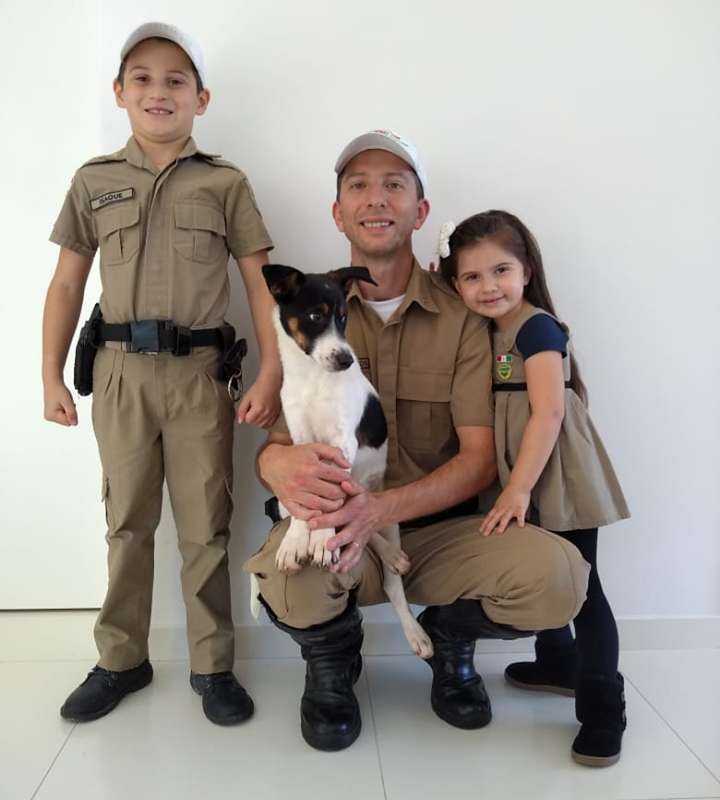 It will probably never be known who abandoned Rex — but there’s no doubt that the pup found the perfect people to help. 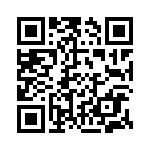