What started as a normal walk for two dogs became a surprise family reunion when long-lost siblings ran into each other on the street.

The two cockapoos recognized each other immediately. Even though they hadn’t seen each other since they were puppies — they went in for a nuzzle and a big hug as soon as they spotted each other. 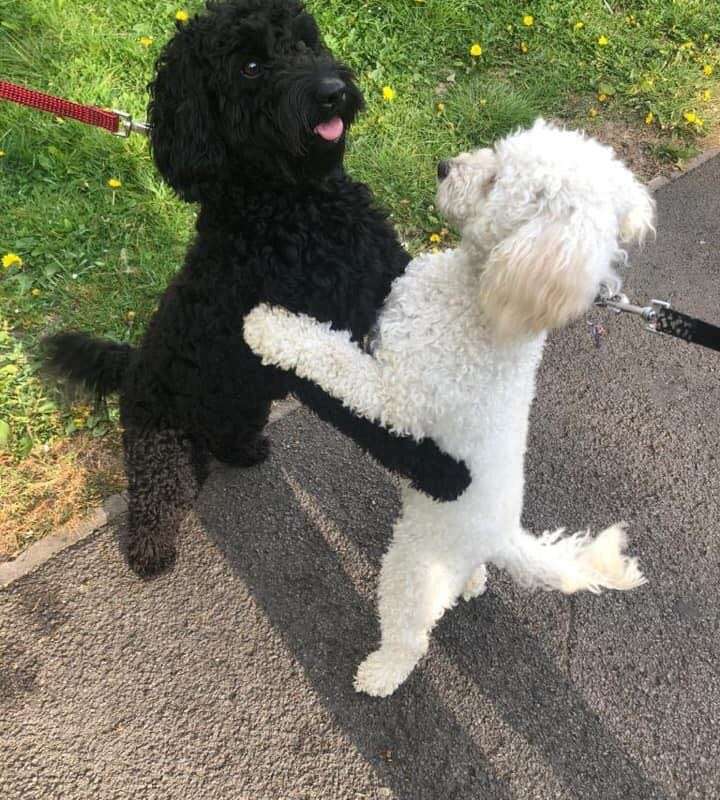 The dogs, named Monty and Rosie, were born to the same litter last June. “There were six of them,” Susan Killip, Rosie’s mom, told The Dodo. “But Monty and Rosie were always together.” 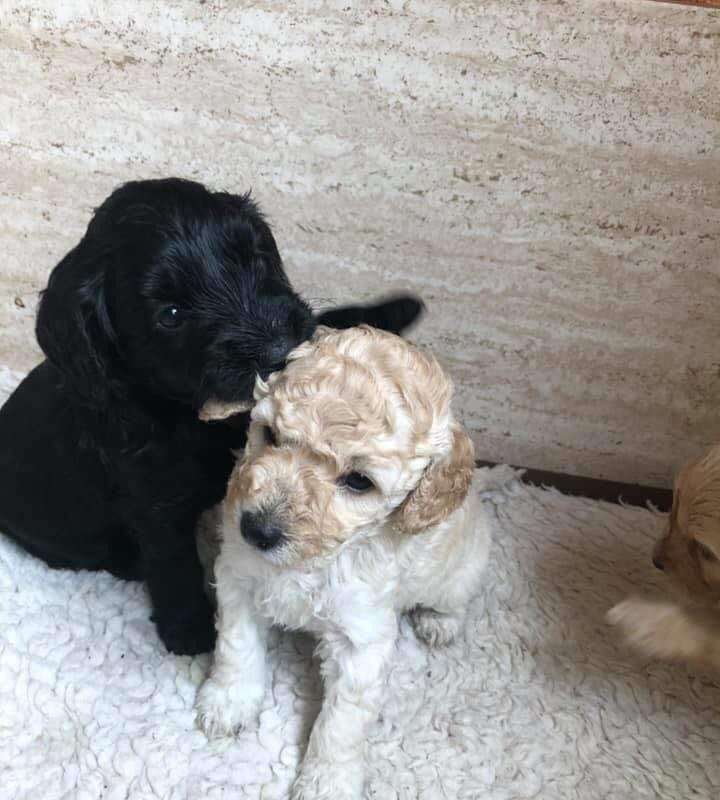 Killip’s friends, who live in a nearby village, adopted Monty and watched Rosie for a week early on, but after that, the two pups lost touch.

That was, until their surprise meeting last month.

“It was so lovely, they both just jumped up and hugged each other,” Killip said. “It was amazing they remembered each other after 10 months of not seeing each other.” 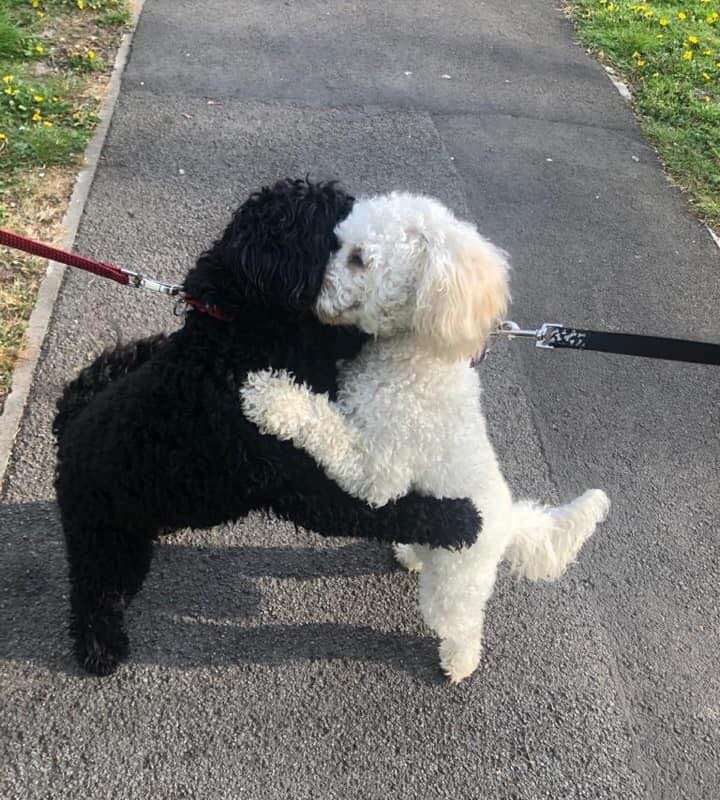 The adorable story was shared on Twitter by Libby Pincher, who posted a conversation with her dad which has since gone viral.

Her dad described the adorable chance encounter, writing: “So, Dave was out walking his dog, and there was a couple walking towards him with a white version of his dog. Turns out they are brother and sister from the same litter. But instead of just playing like they do with other dogs, look at this.”

pls look at what my dad sent me this morning I cannot even😭❣️🐶 pic.twitter.com/QTy5J8uEwZ

While there’s some debate as to whether dogs can remember their littermates, Twitter users, as well as Killip, are convinced that the two pups knew each other.

It’s also possible that dog siblings have such warm reactions to each other because they recognize something comforting or familiar in the other dog. 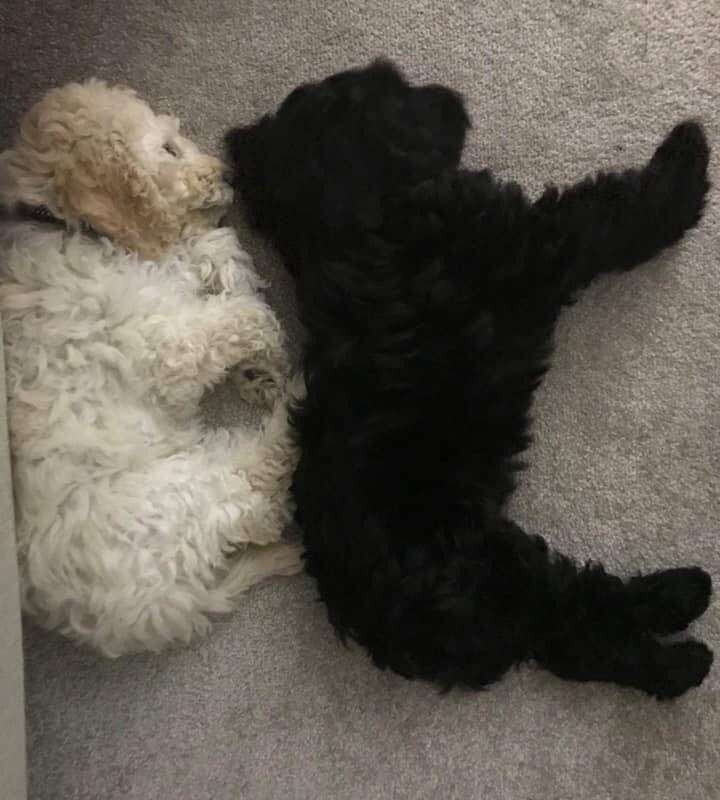 “Dogs of the same breed often gravitate toward each other,” Tufts University explains. “What we know is this: The scent of another dog stays with a dog for a long time … But whether the dog is processing that it’s a familial connection, we’ll probably never know for sure.” 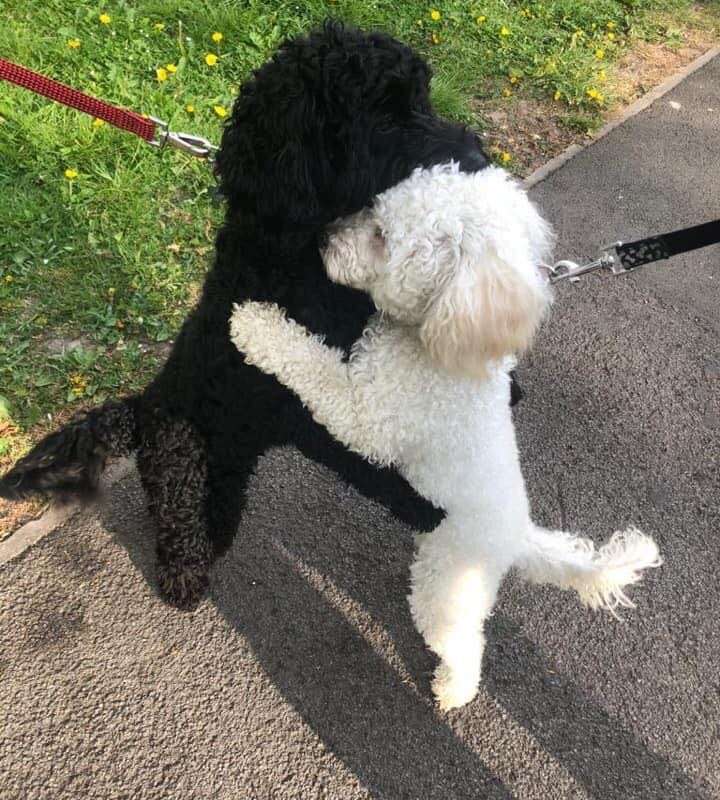 Whether or not Monty and Rosie could tell that they were brother and sister, they now know that someone very special lives nearby. And their parents are going to make sure they see each other once the coronavirus restrictions have been lifted.

“We will keep in touch,” Killip said. “[It’s] a bit difficult at the moment, but after this is all over, we’ll be having doggy walkies together.”