Reilly Opelka had to overcome plenty of hurdles on Sunday, playing two matches against opponents — one 6’5” and the other 5’7” — with completely different game styles. But the 6’11” American literally and figuratively stood tall to win the Delray Beach Open by VITACOST.com title.

That match was postponed due to rain Saturday evening. However, Nishioka was able to finish his semi-final on Saturday, so he only needed to play one match on Sunday. Nothing could stop the big-hitting Opelka, though, as he defeated the 2018 Shenzhen champion after two hours and 10 minutes at his home tournament. Opelka resides in West Palm Beach, Florida.

The fourth seed is the fourth American champion in Delray Beach in the past five years, with Moldovan Radu Albot being the exception last year. Opelka lifted his maiden ATP Tour trophy 53 weeks ago at the New York Open.

Opelka showed no fear of engaging in rallies with Nishioka, displaying great footwork for his height by playing dogged defence when needed. But he also went for his shots when balls sat up, and that paid dividends in key moments.

Opelka crushed a forehand at 6-5 in the opener to earn his third set point. And after playing plenty of defence on the forehand side, he hit a cross-court backhand passing shot that Nishioka couldn’t handle, sprinting to his chair and smacking his chest in celebration.

Nishioka was under pressure in the second set, needing to save three set points — Opelka faced none — but he hung around to force a tie-break, where his solid play helped him force a decider. The 24-year-old continued to make Opelka move, putting the American in awkward positions, which led to mistakes.

But a lapse of concentration in the first game of the third set proved deadly for Nishioka. He double faulted to give Opelka the break, and that was all the champion needed. Nishioka later missed a backhand down the line wide to give the home favourite a second break in the set, and Opelka finished off his win with his 27th ace.

“It’s very tough to break his service games,” Nishioka said. “In the third set a little bit I lost my mind and maybe he saw it, he came out and tried to be a little bit aggressive. It worked. That was key in this game. But much better than last week when I played against him.”

Did You Know?
Opelka hit a total of 46 aces on Sunday, striking 27 against Nishioka and 19 against Raonic. 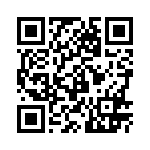 South African cricketers could resume training from next week if govt approves: Report

Lionel Messi set to stay at Barcelona after exit-clause expires