The luminiferous aether has become a byword for failed ideas. Now it is being revived to explain dark matter and dark energy, and potentially unify physics

AS FAR as dead ideas go, the luminiferous aether is among the deadest. Over a century ago, it picked a fight with Einstein’s theory of relativity and lost. Few victories in modern physics have been so total. Today, relativity offers us our best picture of the large-scale structure of the universe. It is a byword for human achievement and scientific progress. The aether, if it gets mentioned at all, is an embarrassing footnote in its rise to glory.

But relativity has run into difficulties of its own. Its failure to explain the behaviour of the universe at the smallest scales suggests that some more fundamental theory is waiting to take its place. Einstein’s universe is also plagued by dark forces that his theory cannot cast out.

In an astonishing twist of fate, the key to relativity’s salvation could lie in the aether. Since the early 2000s, a small group of researchers have claimed that this invisible, space-filling substance could have the power to unify physics. Then, in late 2018, two independent groups suggested that the similarity between the aether and the shadowy powers that populate our cosmos may not be mere coincidence. For one team, the aether is a dead ringer for dark matter. For another, it could explain away dark energy. For others still, it might even be both.

The hunt is now on to see if it really is out there. The biggest laughing stock in physics may yet have the last laugh.

The best way to conceive of the aether (or ether, as it is now more usually called) is as a sort … 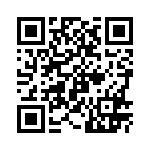 Meet Curly, the Curling Robot That Beats the Pros

The Cool Physics of a Supersonic Baseball

Where Was the Battery at Tesla’s Battery Day?