Kanye’s since deleted tweet said “I am giving back to my fans. All Bitcoin sent to my address below will be sent back doubled. I am only doing a maximum of $10,000,000.” The Bitcoin address given in the tweet was identical to the address in Gates’, Musk’s, and Apple’s hacked tweets.

The official Twitter Support account posted a statement saying that they are aware of the issue and are investigating. Given the high-profile nature of all the accounts, including Barack Obama and Joe Biden, they most likely use two-factor authentication, so the hacked tweets are most likely not the result of their passwords being figured out.

We are aware of a security incident impacting accounts on Twitter. We are investigating and taking steps to fix it. We will update everyone shortly.

A spokesperson for Gates confirmed that the tweet was not sent by Gates and it part of a larger issue that Twitter is aware of and actively dealing with.

NEW — statement from a spokesperson for Bill Gates.
“We can confirm that this tweet was not sent by Bill Gates. This appears to be part of a larger issue that Twitter is facing. Twitter is aware and working to restore the account.” pic.twitter.com/v37Jvs76Jl

The official Cash App account also sent out a similar tweet, however it contained a different Bitcoin address. A number of crypto currency accounts, like Gemini and Coinbase, have also been compromised. It is currently unknown how all of these accounts are being accessed, but the large number of high-profile accounts being accessed suggests a serious security issue.

At the time of writing this, the scammers Bitcoin address has reportedly gained about $100,000 from the scams, according to the publicly visible transactions.

You should be wary of any tweets you see related to sending Bitcoin to people and in the wise words of DrLupo,

While no high-profile gaming accounts have been hacked as of yet, the unprecedented attack has prompted some responses from those in gaming circles.

I have decided to give back to the community.
Everyone who sends bitcoin to the following address will receive the answer to one question of their choice.
please send all the bitz coinage to:
beepbeepboopboopbooooopwooootbipOOOTINIII!!!!

This story is developing 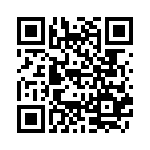