The striker, filling in for the injured Michail Antonio, lashed a shot into the top corner from the edge of the area in the 56th minute after Pablo Fornals’ effort had been blocked.

Oli McBurnie struck a fierce shot against the crossbar as the hosts battled for an equalizer, but they fell to an eighth loss in nine matches and stayed in last place with just one point.

It is a huge contrast to the last campaign, when United challenged for a European qualification place in its first season back in the top flight before slipping away from contention in the final weeks.

West Ham climbed into the top half with its fourth win of the season. 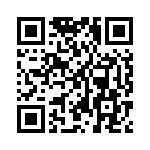