Paradox Interactive, the publisher and developer best known for strategy games, is opening yet another studio. The company has announced a new office in Barcelona called Paradox Tinto.

Paradox Tinto is Paradox’s seventh studio, and its first in Spain. Paradox also has offices in the Swedish cities of Stockholm, Umea, and Malmo. In the United States, Paradox operates Paradox Tectonic in Berkeley, California and Harebrained Schemes in Seattle. The company also owns Triumph Studios, which is based in The Netherlands.

Paradox Tinto will open “in the immediate future,” with 25-year Paradox veteran Johan Andersson leading the team. Andersson is crediting with creating the Europa Universalis franchise. Paradox Tinto will start out as a “small core team” that will support the ongoing development of Europa Universalis IV before starting work on multiple new games in the grand strategy genre. 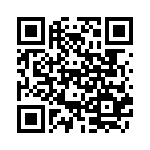