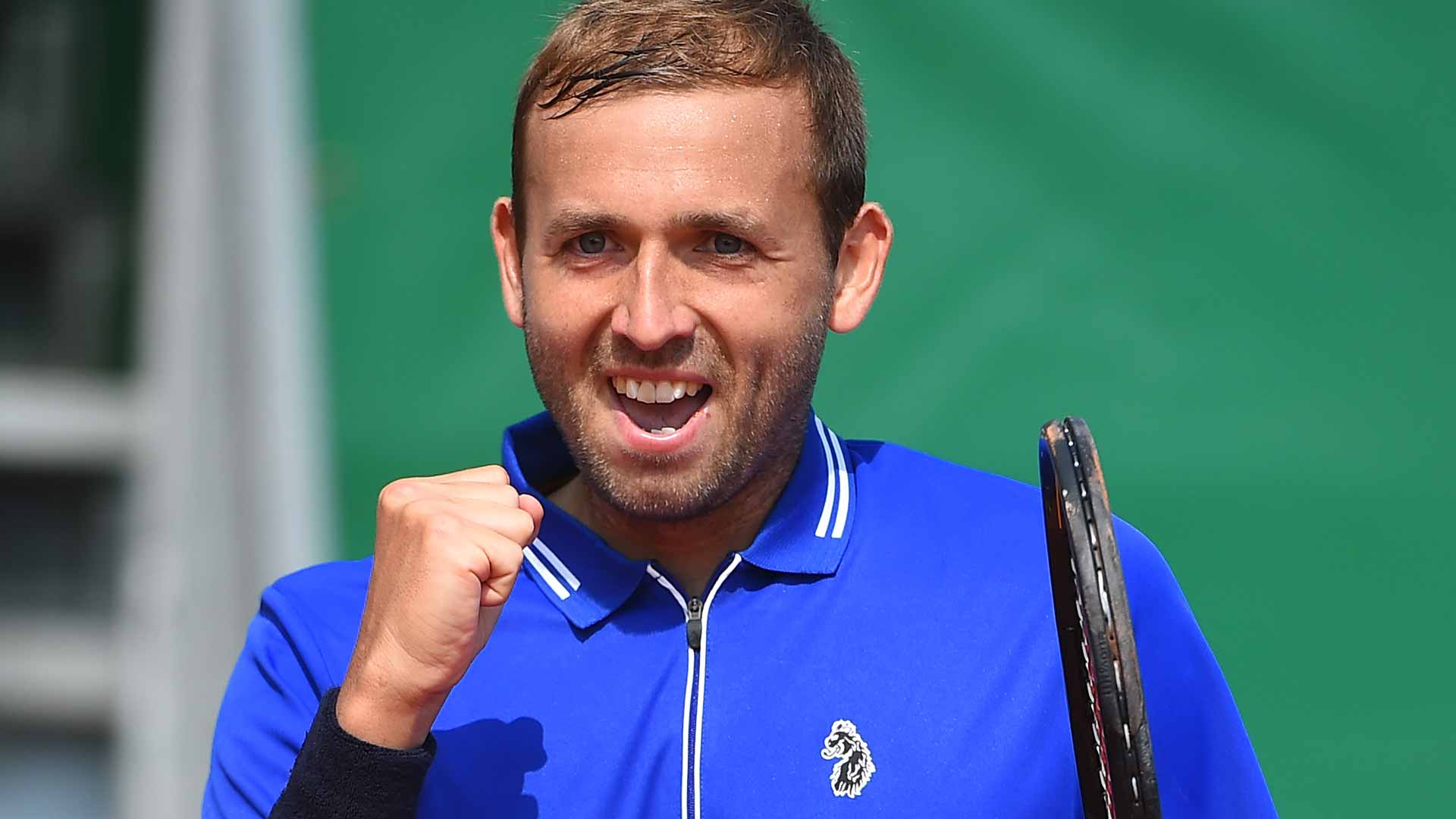 Daniel Evans isn’t one to seek the spotlight, but that’s exactly where the British No. 1 put himself on Thursday by shocking World No. 1 Novak Djokovic to reach the quarter-finals of the Rolex Monte-Carlo Masters.

Evans wasn’t done there, as he partnered Neal Skupski past Australian Open champions Ivan Dodig and Filip Polasek in doubles later in the afternoon. It’s safe to say it was a day to remember for the 30-year-old in the Principality.

“Obviously I’m happy. I’m still in the tournament. After the tournament, I’ll look back at what a good day it was,” Evans said. “It was obviously an amazing feeling to win and to come through.”

Djokovic was not the first superstar Evans has played lately. In Doha, he took on frequent practice partner Roger Federer and pushed the Swiss deep into a third set before losing. This time, Evans was able to find a way to claim the biggest win of his career and with it, a spot in his first ATP Masters 1000 quarter-final.

“I felt comfortable from the outset. In myself, I felt very good,” Evans said. “But more importantly, I didn’t feel he was being too aggressive, pushing me back too much. I was comfortable in the points. I hit my forehand well.”

Before this tournament, Evans, who has climbed as high as No. 26 in the FedEx ATP Rankings, had not won a tour-level match on clay since Barcelona in 2017. But he has been impressive in Monte-Carlo, defeating 2019 finalist Dusan Lajovic, Miami champion Hubert Hurkacz and 36-time Masters 1000 titlist Djokovic.

“Obviously it’s not my favourite surface,” Evans said. “But I think the conditions have actually suited me this week. It’s not been very warm. The ball stayed low. I’m moving way better on the clay. That’s definitely helped.”

You May Also Like: Evans Upsets Djokovic In Monte Carlo

Evans will try to avoid a letdown on Friday when he plays Belgian David Goffin in the quarter-finals. The Belgian, who upset Alexander Zverev in the third round, has a high level of respect for the Briton.

“He’s an amazing, talented player. I always thought that he could play on every surface. Maybe in his head he was not a clay-court player in the past, so he was not super confident on that surface,” Goffin said. “I think he’s one step stronger than before, especially the past few weeks, few months. He won his first ATP title. Now on the clay, he’s won a lot of matches.”

Evans won the pair’s only previous ATP Head2Head meeting 6-4, 6-4 at last year’s ATP Cup. Goffin is well aware the 30-year-old will be confident fresh off his best win to date.

“It’s going to be a tough match,” Goffin said. “Of course, it’s an amazing performance to beat Novak in a Masters 1000 here.”

Federer Practising Ahead Of Geneva Debut