Fundamental limits on the smallest possible lengths of time and space mean that some events obeying basic laws of physics can never be predicted, it now seems, even with the most powerful computer simulations.

The three-body problem, which is the mathematical question of how three objects orbit one another according to Newton’s laws of motion, is notoriously difficult to solve because of a property called chaos. A chaotic system is one in which even a tiny change in the initial conditions of the objects, like their positions or speeds, has an enormous effect on how they move over time.

This is often referred to as the butterfly effect, and it makes it very difficult to predict how these systems will evolve, or to mathematically rewind them and find out where they began.

Much of that difficulty comes from the fact that our computers have limited precision, so even tiny uncertainties can ruin a simulation of a chaotic system. But now Tjarda Boekholt at the University of Coimbra in Portugal and his colleagues say that even the best possible computer in the universe can’t solve this problem.

His team used extraordinarily precise simulations to probe whether a lack of precision is the only problem with predicting chaotic systems.

They started a simulation of three black holes orbiting each other at a distance of one parsec, or about 3 light years. They let it run for a while, and then tried to rewind it back to its initial configuration. They repeated this process 1212 times.

If it was impossible to rewind back to the initial configuration of the system, that would mean the system was unpredictable. The team used their results to calculate just how precise you would need to be in order to return to the initial configuration. They found that for about 5 per cent of triple systems, you would need to measure that configuration to a precision of less than a single Planck length – the smallest possible unit of measurement for length, and about 10-51 times the initial distance between the black holes.

That means those systems are deeply unpredictable. “Even if you have a Planck length difference, which is a ridiculously small amount, some situations are still irreversible,” says Boekholt. “We can’t go more precise than nature.”

In a practical sense, this means that there is a limit to our predictive power when we try to examine the universe precisely, because even the most powerful computer that could ever exist can’t simulate below the Plank length.

“There really are systems of three black holes and one of the consequences is that trying to follow the motion of those systems in any detail really is impossible,” says Scott Tremaine at the Institute for Advanced Study in New Jersey. “You can’t predict the motion just because of fundamental quantum-size uncertainties, even for astronomical-sized bodies.”

This may also have larger implications for how we think about time itself. “If we could have reversed 100 per cent of cases, then for three bodies it wouldn’t be possible to determine the arrow of

time – you couldn’t distinguish forward and backward,” says Boekholt. “But for 5 per cent of cases, you can go forward but not backward, so there’s this asymmetry which is closely linked to the arrow of time.” 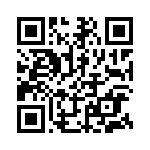