Gupteshwar Pandey, the former police chief of Bihar, has joined the ruling Janata Dal United ahead of the elections. The ceremony took place at the official residence of Chief Minister Nitish Kumar this evening.  Large gatherings are banned in view of the coronavirus pandemic and photos from the event showed a handful of leaders — including Bihar Assembly Speaker Vijay Singh, the party’s acting president Ashok Choudhary, and Lok Sabha leader Lalan Singh — smiling for the camera.

Yesterday, he met the Chief Minister and claimed that it was just a “thank you” session.  “I discussed nothing political with the Chief Minister. I have worked with him for long and, after retirement, I just wanted to thank him for his support,” he had told reporters.

Mr Pandey, who quit the police post last week, had been coy about his future plans. But in an interview with NDTV, he gave a broad hint, saying “What’s the harm if I join politics? Is it unconstitutional, unethical or illegal?”

“I am the people’s DGP. Janta ka DGP. The junta of Buxar will decide what my next step should be, whether they want me to join politics or not… I’m a son of the soil.  I have served in 34 districts,” he had said.

Mr Pandey, 59, had made headlines with his role in the Sushant Rajput case, and his comment questioning “aukat (stature)” of the actor’s friend Rhea Chakraborty for her remarks on Nitish Kumar.

His statements defending the Chief Minister had also drawn attention for their political nature, unusual for an IPS officer. 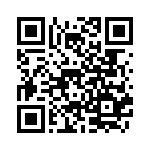