NEW DELHI: India now has a new lethal weapons platform to keep a ‘strategic eye’ over the Indian Ocean Region (IOR), especially the Bay of Bengal, as well as carry out ‘long-range precision strikes’ against hostile aircraft carriers or other high-value targets by day and night in all-weather conditions in the region.
The IAF will commission a squadron of Sukhoi-30MKI fighter jets, especially modified to carry the 2.5-tonne air-launched supersonic BrahMos cruise missiles, at its Thanjavur airbase in Tamil Nadu on Monday. Primarily tasked with a maritime strike role, these Sukhois will be “a huge addition to IAF’s operational capabilities”, Air Chief Marshal Rakesh Kumar Singh Bhadauria said.

BrahMos director-general Sudhir Mishra told TOI, “It’s the realisation of our dream to provide IAF with a formidable and much-desired capability to strike from long standoff distances on any target at sea or on land with pinpoint accuracy.”
The new Sukhoi squadron, nicknamed ‘Tiger Sharks’, will be commissioned with four to six fighters at Thanjavur on Monday, and will induct its full complement of 18 fighters by the end of the year. With a combat radius of almost 1,500 km without mid-air refuelling, the Sukhoi will combine with the 290-km range BrahMos missile to constitute a formidable weapons package.

#WATCH Water salute being given to the SU-30MKI fighter aircraft at the induction of the 222 ‘Tigersharks’ fighter… https://t.co/dPALOh1YWd

Tiger Sharks is the 12th squadron of the fourth-generation ‘air dominance’ Sukhois but the first one to be based in south India after the first 11 were deployed on the western and eastern fronts, from Halwara, Pune, Jodhpur and Sirsa to Bareilly, Tezpur and Chabua, to cater for Pakistan and China.
The deployment at Thanjavur is clearly in response to China’s fast-expanding strategic footprint in the IOR, with Beijing now also looking to establish additional logistics facilities in the IOR after setting up its first overseas military base in Djibouti on the Horn of Africa in August 2017, while also using Karachi as a regular naval turnaround facility.
Just last month, Navy chief Admiral Karambir Singh had confirmed that

, Shi Yan-1, after it was found acting suspiciously near the strategically-located Andaman and Nicobar archipelago. There are seven to eight Chinese warships, including submarines, present in the IOR at any given time, he said.
The Navy already operates its Poseidon-8I long-range maritime patrol aircraft, which are packed with sensors and weapons to detect, track and destroy enemy submarines, from its INS Rajali base at Arakkonam in Tamil Nadu.
Armed with the BrahMos missiles, which fly almost three times the speed of sound at Mach 2.8, the Sukhois will further add to this deterrence over the high seas right up to the Malacca Strait. “The capability of the missile, coupled with the high performance of the Sukhois, will give IAF strategic reach and allow it to dominate over land and sea. The Sukhoi-BrahMos package can also be used in surgical strikes to destroy terror camps across the Line of Control with Pakistan,” said an official.

With IAF having inducted 260 of the 272 twin-seat Sukhois contracted from Russia for around $15 billion, 42 of the fighters are to be eventually armed with BrahMos missiles. With India joining the 34-nation Missile Technology Control Regime (MTCR) in June 2016, which “removed the caps” on the range of the missile developed jointly with Russia, plans are also afoot to develop an extended range BrahMos with a 450-500 km range. The MTCR basically prevents the proliferation of missiles and drones over the range of 300 km.
The IAF also plans to upgrade its entire Sukhoi fleet with more advanced avionics, radars and weapons to further bolster their combat capabilities. Detailed talks are currently underway with Russia and HAL for the mega project, as was earlier reported by TOI.
Source :Google News 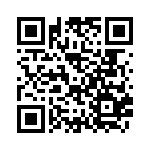