SAN FRANCISCO Facebook Inc is temporarily banning a Republican political action committee, the Committee to Defend the President, from advertising after it repeatedly shared content that was deemed false by external fact-checkers, the social media company said on Thursday.

“As a result of the Committee to Defend the President’s repeated sharing of content determined by third-party fact-checkers to be false, they will not be permitted to advertise for a period of time on our platform,” Facebook spokesman Andy Stone said in a statement.

The company declined to specify the length of the advertising ban or which posts prompted it.

The committee’s Facebook page, which has almost 1 million “likes,” has had four “false” or “partly false” fact-checking labels attached to content since the start of July.

Founded as the Stop Hillary PAC in 2013, the group has spent more than $15 million to advance the agenda of U.S. President Donald Trump, according to its website. It claims to reach millions of Americans via digital and telemarketing channels.

Committee chairman Ted Harvey said in a statement the group would not be “silenced by ‘woke’ Silicon Valley elites” and would reallocate its Facebook budget to other platforms.

Reuters, a Facebook fact-checking partner, determined last month that one of the group’s advertisements took a quote from Democratic presidential candidate Joe Biden out of context, misleadingly claiming he made racist comments in 1985.

The Biden campaign last year wrote to Facebook asking the company to reject an ad by the PAC that it said was false, according to a CNN report.

The Trump and Biden campaigns did not immediately respond to requests for comment. 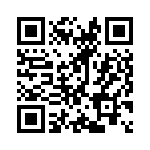