Michelle Thompson is a huge fan of pit bulls, and isn’t afraid to let people know it.

“I first fell in love with pit bulls about 15 years ago when I met my first two and all they wanted to do was cuddle,” Thompson told The Dodo. 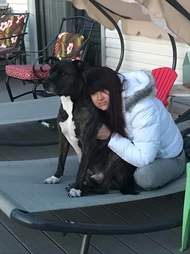 As soon as she realized how sweet and wonderful pitties are, she knew she had to adopt them into her life. She and her family now have two pit bulls, Jackson and Lola.

“Jackson is high-energy and obsessed with toys and Lola is laid-back and snorts like a pig,” Thompson said. “We also call her Ms. Pig or pig bull.” 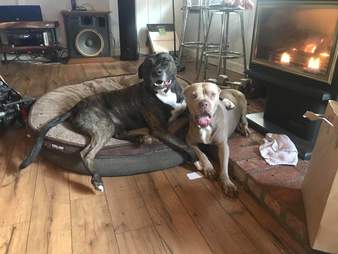 Recently, Thompson and her husband decided they wanted to put up a set of gates across their driveway. As they brainstormed what the custom gates should look like, they quickly came up with the best idea.

They decided to use the silhouettes of Lola and Jackson as the centerpieces for the gate. 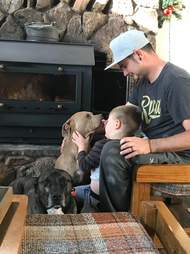 “My husband came up with the idea because we are huge pit bull advocates and will always rescue these dogs,” Thompson said. “A family friend made them quickly for us.”

As soon as the gates were done, the couple had them installed — and couldn’t be more thrilled with how they turned out. 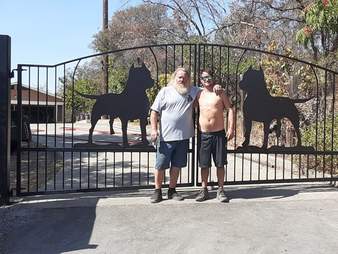 “We were blown away when we first saw them,” Thomspon said.

Now, the entire world can see exactly how Thompson and her family feel about pit bulls, and so far, everyone who’s seen the gates has absolutely loved them. 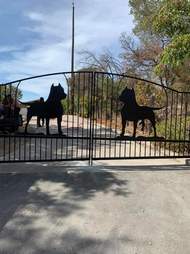 “Many are asking how to get some themselves,” Thompson said.

Jackson and Lola are so incredibly loved, and now their family has found the perfect way to let the world know.