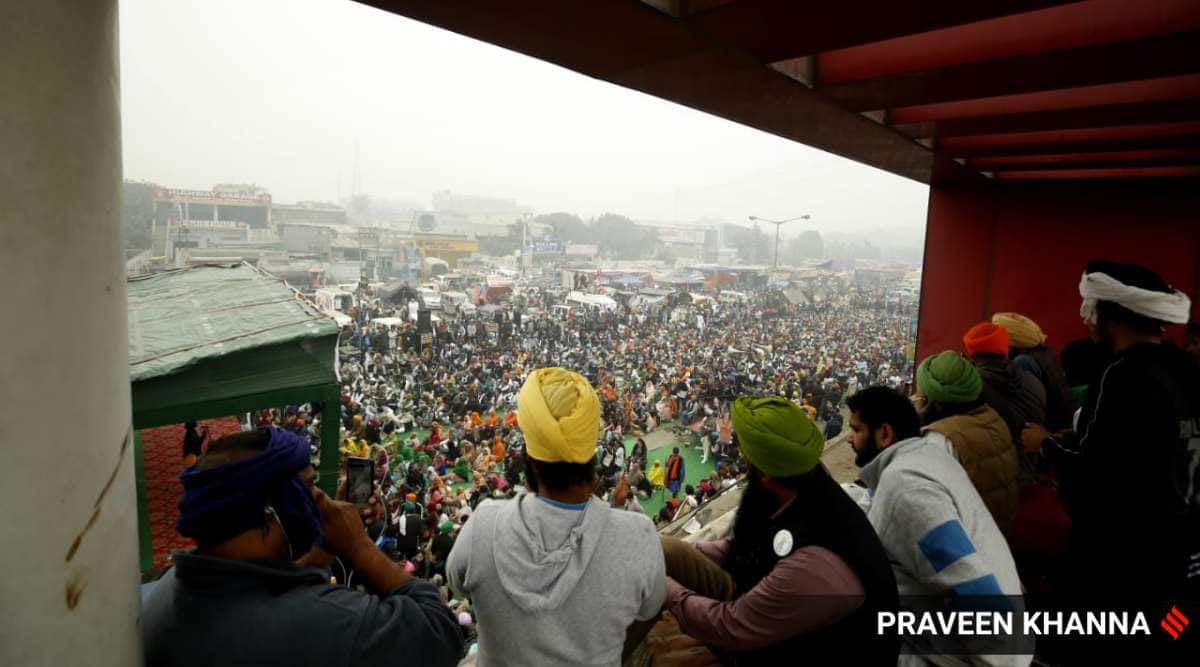 Having failed to convince farmers to stay outside the borders of Delhi despite talks for the past week, the Delhi Police Saturday granted them permissionto carry out a tractor parade on Republic Day inside the Capital, but with modifications in their planned route and on the condition that they will start only after the completion of the official parade on Rajpath.

As per the agreement, the farmers will enter Delhi from all the three borders where thousands of them have been protesting for the past two months, but stay in the adjoining areas and not venture towards Central Delhi.

Thousands of tractors are headed for Delhi from Punjab and Haryana to participate in the parade. Kulwant Singh Sandhu, general secretary of the Punjab Jamhoori Kisan Sabha, said.

“Around 2.5-3 lakh tractors will take to the roads near the protest sites. The parade will be absolutely peaceful from our end.”

Buta Singh Shadipur, Punjab president of the Bharatiya Kisan Manch, said, “We are still deliberating on the route and the locations. On January 26, vehicles will march up to the select points and head back to the borders.”

The Delhi Police had held a series of talks with farmers trying to convince them first to cancel their parade, and later to keep it outside the Capital, even as security was tightened in view of the Republic Day.

Sources said a meeting was held on Saturday as well, lasting around four hours, after which the farmers and senior officers of the Delhi, Uttar Pradesh and Haryana Police reached the agreement over the rally to be held on January 26.

“The farmers have been asked to send a written application, specifying their proposed routes, the number of tractors and farmers participating in the parade, and the timings. We will discuss the route tomorrow with them. But they have said the tractor parade will only be in the areas around the borders where they are protesting. They have been assured medical assistance and security during the parade,” police sources said.

According to sources, while the parade from the Singhu side might be for around 100 km, the tractors will travel 125 km around the Tikri border.

Sources said the first meeting with farmers had been chaired by a JCP-rank officer of the Delhi Police in Kondli, where they reasoned with the protesters that conducting a rally inside the Capital on Republic Day posed a security threat. But the farmers, sources said, did not relent. “In another meeting, a Special CP-rank officer was sent from Delhi Police headquarters to join the meeting to discuss the route and arrangements of the proposed rally on January 26. They asked the farmers to carry out their tractor rally on the Kundli–Manesar–Palwal (KMP) Expressway, but this too was rejected by the farmers,” said a senior officer.

In view of the Republic Day celebrations, the Delhi Police has deployed a five-layer security in and around the city. Over 40,000 police, ITBP and CRPF personnel will be deployed at Singhu, Tikri and Ghazipur borders, police said.