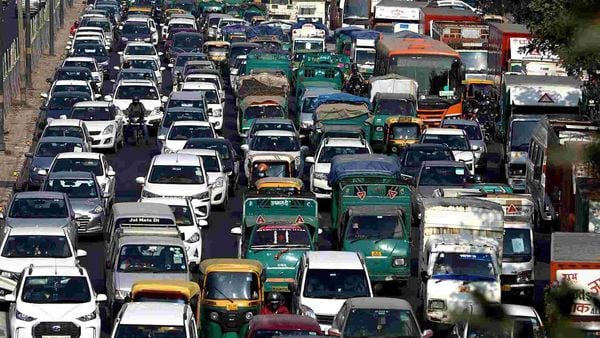 As the protesting farmers get ready for talks with the Centre today, traffic movement in and out of Delhi will continue to be chaotic. The protests, which began more than a week ago, has thrown traffic out of gear as farmers and police have put up road blocks at borders in and around Delhi.

The situation is unlikely to improve today as the the Chilla border on Noida link road will remain closed for traffic due to farmers protests near Gautam Budh Gate. Delhi Traffic Police has advised people to use NH-24 and Delhi-Noida Direct (DND) flyway to travel to Noida from Delhi.

Three border points in Haryana, Tikri border, Jharoda border and Jhatikra border, will also remain closed for traffic due to the protest. Two more border points connecting the national capital with Gurgaon and Jhajjar-Bahadurgarh were also closed as precautionary measures.

The traffic police said the borders at Tikri, Jharoda and Jhatikra are closed for all kinds of traffic movement. The Badusarai border is open only for two-wheelers.

There was no relief in sight for weary commuters from long traffic snarls on Wednesday as thousands of farmers camped out on the borders of Delhi blocked key entrances to the national capital for the seventh day on the trot.

While the police has kept the Haryana-Delhi border at Singhu and Tikri closed for traffic, the protest at Ghazipur, the city’s border with Uttar Pradesh, led to the closure of a key route connecting the national capital with the state for the second consecutive day.

As traffic spilled over to alternate routes, it led to long jams there as well. The police also closed the Kalindi Kunj border after receiving inputs that a group of farmers might gather there.

However, when farmers did not arrive at the Kalindi Kunj border, it was later opened for traffic.