’s recent performance didn’t sit well with many on social.

While Kohli was finding it hard to consolidate his feet in the middle against Kings XI Punjab earlier this after months of no cricket due to COVID-19 induced lockdown, Gavaskar, who was part of the official commentary team, quipped: “Ab jo lockdown tha toh unhone (Kohli)  sirf Anushka ke saath bowling ki practice ki hai, usse toh kuch bhi nahi banna. (As there was no lockdown, he only practice to Anushka’s  bowling, that wasn’t going to help.)”

Gavaskar was referring to a viral video of Kohli playing cricket with Anuskha during the lockdown. This instantly triggered an outrage on social media, calling Gavaskar’s comment deragotary.

This eventually prompted Gavaskar to come out on a news channel and defend his comment saying his words were misinterpreted.

Farokh, who had its fair share of controversy with Anushka as he blamed Indian selectors of being busy in serving tea to Kohli’s wife than focusing on team India selection, said Indians lack the sense of humour as Gavaskar isn’t someone who derogates a woman.

“We, Indians lack a sense of humour. If Sunil had indeed said so about Anushka Sharma and Virat Kohli, it must have been in a humorous tone and not in the bad or derogatory taste,” Farokh Engineer was quoted as saying by Pakistan Observer. |Knowing Sunil Gavaskar well, I am sure he would have said it jokingly. Even in my case, people took it very seriously with the result that Anushka had to come out with her statement.” 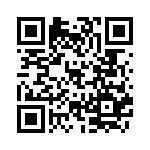