Federer: ‘This Is Where The Season Starts For Me’ 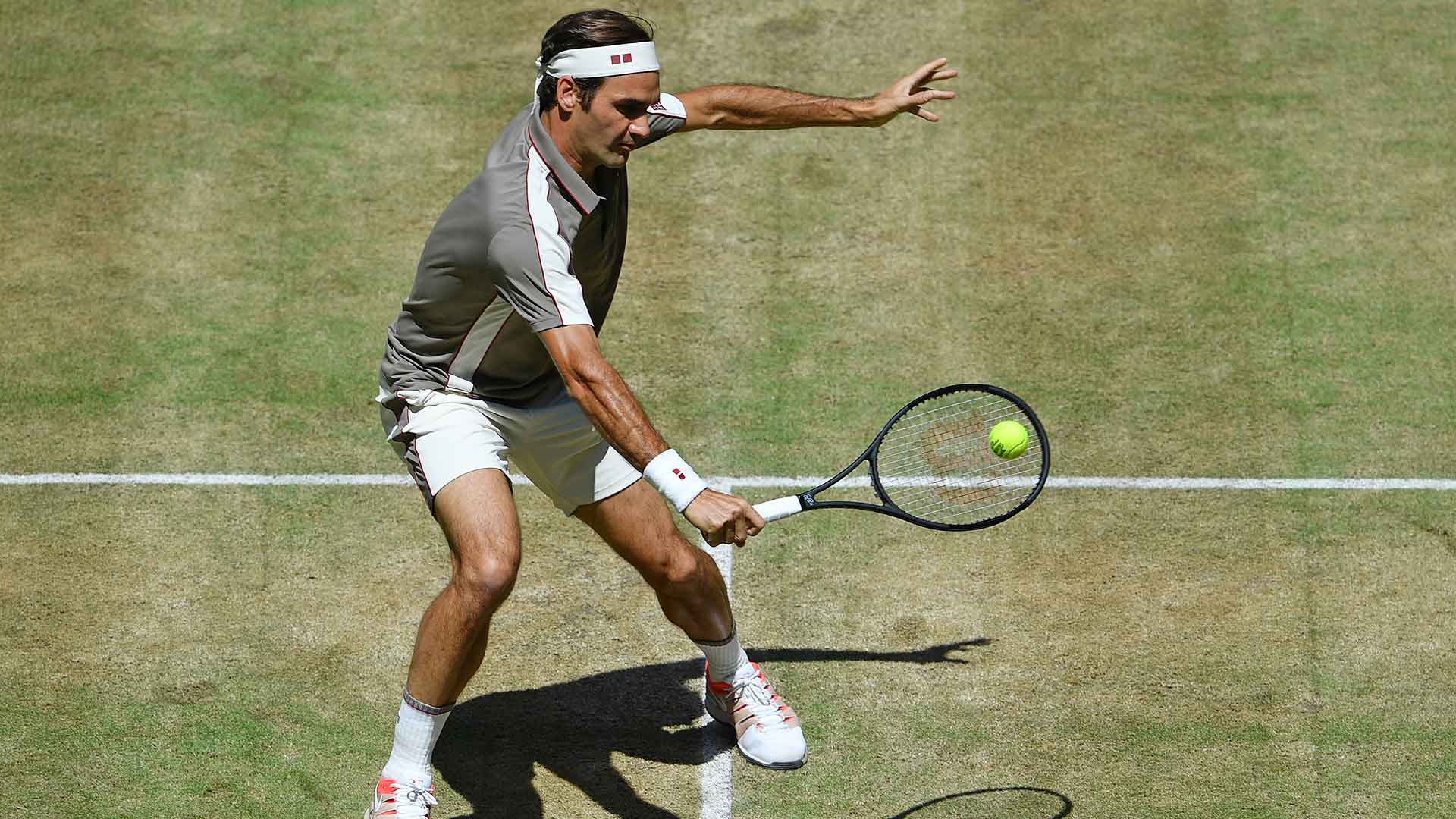 Roger Federer insists it’s “go time” at the NOVENTI OPEN in Halle, where he competes next week for an 18th time and hopes to kick-start his 2021 grass-court season.

“Clearly it’s go time, and hopefully this is where the season starts for me,” said 10-time Halle champion Federer on Friday. “Practising on grass is always fun, super-natural. I’m still taking things easy. The knee always needs extra care, and I will try to push more in practice this afternoon or tomorrow. I hope it will react well to the grass, and I don’t have any negative reactions. I am confident I will be fine in the coming days.”

The 39-year-old Swiss superstar has taken four days off from tennis since winning three matches at Roland Garros against Denis Istomin, Marin Cilic and Dominik Koepfer. He arrived in Halle on Thursday and immediately hit the practice courts for 30 minutes.

“Yesterday as I was hitting balls, Ivan [Ljubicic], my coach, was telling me, ‘It’s amazing how clean you hit the ball on grass. How easy it comes to you’,” said Federer. “It’s true that I just feel like it’s very simple for me.

“Everything, all my strengths [on grass] get amplified: the slider wide, the slice, taking the ball early and the returns. Where many players think these are difficult things to do, for me it comes naturally. For that reason, it’s a good surface, but you have to be very creative on this surface, a positive thinker and I can’t think of finding rhytmn as it’s faster here in Halle than they are at Wimbledon.

“But the body has to get ready for the grass-court season. Usually I get a stiff back or feel my glutes, my hamstrings or groin get challenged a little bit at the start, like they do at the beginning of the clay-court season. It normally takes me one day to feel comfortable on the grass, maybe not even that.”

Federer has a 68-7 match record in Halle since making his debut in 2000, and has won 19 tour-level trophies on grass — including eight at Wimbledon — over the course of his illustrious career.

“Obviously, Wimbledon has given me everything I wanted and asked for, made my dreams come true and got me to No. 1 in many ways,” said Federer. “And of course, Halle has paved the way for me to show that I could win at Wimbledon. I always try to peak at this time of the season. I always want to play well.”

Having undergone two right knee surgeries last year, Federer has played in just three tournament this season (4-3 match record), beginning at the Qatar ExxonMobil Open in March. “On grass, there is no guarantee you’ll win your matches,” said Federer. “[But] it’s interesting times ahead of me and I am pleased with what’s happened since [my comeback] in Doha.

“I probably would have taken the place where I am today. March was still early days in my comeback, but I felt it was a good time to come back… My expectations were close to zero over there [in Doha] and I was happy to have played two competitive matches.

“Ever since I have only seen improvement and no setbacks. I’ve had no setbacks for the past six to nine months. It’s been very slow progress and I wish it had been faster, but that’s how it goes after two operations. I have to be extremely careful with every move I do.”