Listen, I know we just recently got our hands on the long-awaited reimagining to one of the most beloved games ever with Final Fantasy 7 Remake. But as the first wave of folks work their way to finishing this 40-hour(ish) journey through Midgar–which was just the opening portion of the original game–we naturally begin to wonder where FF7 Remake goes from here. You probably have questions, like how many parts will it be, or how long will we have to wait for Final Fantasy 7 Remake Part 2, or whatever the next entry is called? When will the game release, and do we know if it will even really be a sequel? Will it launch on the same system, the PS4, or a new one?

For one, I would say relax and let the development team do their thing, because as a reminder, the next part in FF7 Remake is currently in development. In a Square Enix blog post back in November 2019, game director Tetsuya Nomura stated, “We’ve already begun working on the next one as well, but I’m confident that playing through this title will expand your expectations just like the world that extends beyond Midgar.”

Our own senior editor Edmond Tran had a conversation with producer Yoshinori Kitase just last month, and asked Kitase-san how he feels about the possibility of working on FF7 Remake for the rest of his career. He said he isn’t worried about the commitment, concluding, “I think it is a very important thing.” He also echoed Nomura-san’s assertion, saying that the team isn’t taking a break from the Remake project and that they’ll “get straight to it.” (You can read GameSpot’s full interview with Kitase-san for more.) 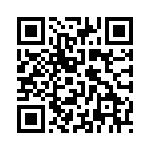 Call Of Duty: Modern Warfare–Here’s Why You Remember The Hardhat Map