The Final Fantasy VII Remake is getting exclusive PlayStation 4 Slim and PlayStation 4 Pro bundles in Japan, Sony and Square Enix have announced.

The PS4 Slim 500GB (CUH-2200 series) and PS4 Pro 1TB (CUH-72000) will be the same price as the standalone consoles, with both bundles including a physical copy of the Final Fantasy VII Remake and code for a PS4 theme featuring Strife Cloud standing in front of the Shinra HQ. Both the PS4 Slim and PS4 Pro bundles will be released on April 10 in Japan.

Both consoles will include the following:

It is unlikely this bundle will make it out of Japan for sale, but we can always hope. In the meantime, make sure to get the Final Fantasy VII Remake PS4 theme before the game releases.

Final Fantasy VII Remake is out on April 10 on PS4, with the game having a one year exclusive release with Sony. The remake won’t be available for any other platform for at least one year. A free demo of the game is available to download on the PlayStation Store now. 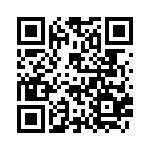 Call Of Duty: Modern Warfare Still Has No Fix For Missing Tier Skips And Ghost Bundle