On 5 June 2016, Novak Djokovic stood one victory away from a place in tennis history.

Competing in his fourth Roland Garros final, the World No. 1 was attempting to become only the third man to hold all four major singles titles at the same time. It was a position he had also been in four years earlier, when he lost the 2012 championship match to great rival Rafael Nadal.

On this occasion, Djokovic would not face the nine-time champion for the trophy. His opponent was Andy Murray, who was appearing in his first championship match on the Parisian terre battue.

The reigning Wimbledon, US Open and Australian Open champion entered the contest with a 23-10 ATP Head2Head record against Murray, which included a 4-2 advantage in Grand Slam finals. Djokovic had beaten Murray to lift his third straight Grand Slam trophy at the Australian Open in January, but the two men had split final meetings in Madrid and Rome in the previous month.

After dropping the first set, Djokovic motored towards victory, conceding a combined three games in the second  and third sets before closing out the match 3-6, 6-1, 6-2, 6-4.

More than 46 years after Rod Laver completed his second Calendar Grand Slam in 1969 (also 1962), Djokovic had joined the Australian and Don Budge (1938) as the third man to hold all four Grand Slam trophies at the same time. The Belgrade-born star also became the eighth man to complete the Career Grand Slam.

“It’s a thrilling moment,” said Djokovic. “One of the most beautiful I have had in my career… It’s incredibly flattering to know that Rod Laver is the last one that managed to do that. There are not many words that can describe it. It’s one of the ultimate challenges that you have as a tennis player. I’m very proud and very thrilled.”

Djokovic’s victory in Paris brought him level with fellow 12-time Grand Slam winner Roy Emerson in fourth place on the Grand Slam titles leader board. The 29-year-old also became the first man since Jim Courier in 1992 to win the Australian Open and Roland Garros in the same year.

Competing in his 10th Grand Slam final, Murray was bidding to join 1935 champion Fred Perry as only the second British man to claim the Roland Garros singles title. Five weeks later, the World No. 2 lifted his third Grand Slam title in front of home fans at Wimbledon.

“This is Novak’s day,” said Murray. “Winning all four Grand Slams at once is a great achievement. This is something that is so rare in tennis. What he’s achieved the last 12 months is phenomenal. I’m proud to be part of it today.” 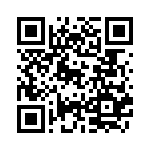