After rallying from two sets down to defeat Andreas Seppi in the Round of 16, Novak Djokovic knew he would have to raise his level in the 2012 Roland Garros quarter-finals if he wanted to keep his bid for a non-Calendar Grand Slam alive.

The reigning Wimbledon, US Open and Australian Open champion faced crowd favourite Jo-Wilfried Tsonga for the 11th time in their ATP Head2Head rivalry on a damp Tuesday afternoon on Court Philippe-Chatrier. The pair entered the contest tied at 5-5, with Tsonga winning both of their previous contests in France.

World No. 5 Tsonga carried the hopes of a nation on his shoulders as the last French player in the draw, following Richard Gasquet’s fourth-round exit to Andy Murray. But the Parisian crowd, who had anticipated a classic battle on terre battue, was quickly silenced by a rapid start from Djokovic.

Appearing to suffer from fatigue after his own five-set victory in the previous round against Stan Wawrinka, Tsonga was easily broken in three consecutive games as Djokovic quickly established a 6-2, 2-0 advantage after just 27 minutes. Sensing that the match was slipping away from his grasp, Tsonga began to neutralise his rival in extended rallies and closed points with powerful attacks to turn the match on its head.

The Frenchman soon broke for 4-4 — to the delight of the Parisian crowd — and earned late breaks in both the second and third sets to snatch a two-sets-to-one lead. Cheers reverberated around Court Philippe-Chatrier. Their man was just one set away from the semi-finals.

As Djokovic returned to his bench, he knew he would need to earn another five-set triumph to survive. Since losing in five sets to Jurgen Melzer in the 2010 quarter-finals, the five-time Grand Slam champion had won each of the seven fifth sets he had contested. But, to reach that stage, he would have to find his way through a gripping fourth set.

“From the start, I played really well,” said Djokovic. “I was a set and a break up and then an incredible crowd supported Jo and he started playing really well. It was really difficult to stay focussed, but I was believing that maybe I can have my chances.”

Tsonga continued to push Djokovic to the limit, serving his way out of trouble on numerous occasions. The 6’2” right-hander earned four match points on his opponent’s serve late in the set, but Djokovic stepped up the court and committed to each and every shot he played to force a tie-break.

Surviving from the brink of defeat had become a habit for Djokovic on the Grand Slam stage, having also saved two match points in both his 2010 and 2011 US Open semi-final triumphs against Roger Federer. Riding a 25-match Grand Slam winning streak, the Serbian had built a fearless reputation in the locker room.

From 2/4 down in the tie-break, Djokovic once again raised his aggression and showed no fear. Tsonga committed back-to-back errors to hand Djokovic the set and the Serbian soon ran away with the match. The World No. 1 claimed two service breaks to serve for the match at 5-1 in the decider and converted his first match point with a backhand up the line after four hours and nine minutes.

“Unfortunately, there had to be one winner and one loser today,” said Djokovic. “He was the better player for most of the match. I was very fortunate to come back from four match points down. I don’t know how I went through that. It was an incredible match.”

The Serbian’s bid to hold all four Grand Slam trophies at the same time was ended by Rafael Nadal in the championship match, but Djokovic did manage to achieve the feat in Paris four years later. In the next three years, Tsonga advanced to the semi-finals in Paris on two occasions (2013, ’15).

“I’d said before the match that I was going to give my all, to do everything I could to win,” said Tsonga. “Unfortunately, the opportunity passed me by. I would have loved to have won this match, to have done better, fought harder, but I had nothing left at the end.” 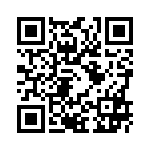