After three consecutive runner-up finishes to Rafael Nadal at Roland Garros, Roger Federer once again stood just one victory away from a place in the history books in 2009.

Following Nadal’s fourth-round exit, the 13-time Grand Slam champion contested what felt like ‘three or four finals’ under increased pressure from fans and the media in Paris. En route to the championship match, Federer produced a stunning comeback from two sets and a break point down against Tommy Haas in the fourth round and also recovered from two sets to one down during his semi-final clash against Juan Martin del Potro.

Bidding to become only the sixth man to complete the Career Grand Slam, Federer stood across the net from the first player to overcome Nadal on the Parisian terre battue: Robin Soderling. The Swede had stunned fans on Court Philippe-Chatrier with his victory against the four-time defending champion, but the 24-year-old built on his breakthrough performance with wins against Nikolay Davydenko and Fernando Gonzalez to reach his maiden Grand Slam final.

Soderling struggled to discover his best form in the early stages, as Federer charged through the first set after 23 minutes. Steady drizzle and an appearance from an intruder knocked Federer’s rhythm in the second set, as Soderling began to reduce his unforced error count and find success on his serve.

A tie-break was needed to separate the pair and, it was there that Federer stretched his advantage. With three aces and multiple winners, Federer cruised into a 6/1 lead. The second seed landed a fourth ace to claim the second set in emphatic fashion, as the French crowd roared in unison.

The Mutua Madrid Open champion rode the momentum into the third set, breaking Soderling in the opening game. Federer maintained that advantage to serve for the title at 5-4 and, after saving a break point, the Swiss claimed his maiden Roland Garros crown 6-1, 7-6(1), 6-4 with a powerful serve into Soderling’s forehand.

“I just think it’s an unbelievable achievement. I’m very proud of my career, obviously. I achieved more than I ever thought I would,” said Federer. “My dream as a boy was to win Wimbledon one day. I won that five times. To get [the Roland Garros title] at the end, as the last remaining Grand Slam, it’s an incredible feeling. The waiting and the age definitely has a big impact on how important and how nice this victory actually is. It’s been a long time coming and I’m happy I got it today. I’m very proud.”

As the sixth man to complete the Career Grand Slam, Federer was formally welcomed into the club just minutes after his victory. The fifth man to achieve the feat, Agassi, presented Federer with the Coupe des Mousquetaires during the trophy ceremony.

Federer’s tie with Sampras on 14 Grand Slam titles lasted just 28 days. At Wimbledon, the Swiss defeated Andy Roddick in a classic five-set final to claim his 15th major crown and take outright ownership of the top position on the Grand Slam titles leader board. 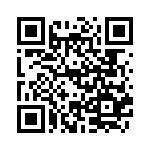