Gustavo Kuerten has been in attendance at this week’s Rio Open presented by Claro, giving his home fans a look at his trademark smile. He has even more reason to smile as he approached the 20th anniversary of when he climbed to No. 1 in the FedEx ATP Rankings for the first time on 4 December 2000.

“As a tennis player, nothing could be higher than becoming No. 1 at the [Tennis Masters Cup], beating Pete and then Andre back to back,” Kuerten said. “This is the highlight of my career by far.”

At the end of the 2000 season, Kuerten competed in Lisbon, Portugal at the Tennis Masters Cup. The Brazilian began the tournament as World No. 2, but he beat Magnus Norman and Yevgeny Kafelnikov in round-robin play to earn a spot in the semi-finals. Then he rallied past Pete Sampras to make the final, where he avenged a round-robin loss against Andre Agassi to win the season finale and climb to World No. 1.

Those are happy memories, but Kuerten is excited to watch today’s stars, especially at his home ATP 500 in Rio de Janeiro. It is the seventh edition of this event.

“Tennis is still very emotional to me. I often go to the court. I also need to be around,” Kuerten said. “It’s important to me to come here, to connect still [with] people, make sure they understand the value of this tournament to Brazilian tennis.

“I think we’ve gotten to a point that everybody knows how good it is to be playing here in Rio. I’m sure in two or three years we’re going to have a Brazilian player with a real chance to build up expectations.”

#NextGenATP Brazilian Thiago Seyboth Wild won a match and pushed Borna Coric to a third-set tie-break. #NextGenATP Spaniard Carlos Alcaraz, at the age of 16, defeated World No. 41 Albert Ramos-Vinolas in the first round. Alcaraz is the youngest player to beat an opponent ranked as high as No. 41 in an ATP Tour match since David Koch defeated No. 41 Fabrice Santoro at 1993 Prague.

“Alcaraz, his age and his potential is just bright. You have to look at Nadal. Even knowing that’s kind of impossible, but the mentality, the way you see, it’s a different human being,” Kuerten said. 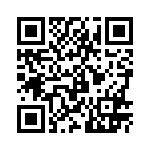