All good things end… eventually. Season 2 of Fortnite Chapter 2 was originally scheduled to conclude on April 30, but a few weeks prior, developer Epic Games announced an extension. Season 2 was then set to conclude on June 4, but that date has shifted once again, with Epic announcing that Season 2 will now end on June 11. Season 3 is scheduled to start immediately afterward. There has been some unexpected extra Season 2 content to keep you busy in the meantime, and there is even a new and mysterious event coming that could give some clues for Season 3’s changes. You won’t want to miss it to stay updated on the latest Fortnite universe lore.

When Does Fortnite Season 3 Start?

Fortnite Season 3 is launching on June 11, just after Season 2 ends, and Season 2 is being extended by a week. Battle Pass challenges are available to complete until that new date.

What Can You Do In Fortnite While You Wait?

Prior to Season 3’s launch, there will be some sort of “Doomsday Event” happening, officially called The Device. It was also delayed from May 30 to June 6, suggesting the countdown timer available in-game was based on the old date. While the extra wait is certainly going to be difficult for the most-dedicated players, it should also make the eventual revelation that much more satisfying. Epic Games has hit a home run on most of these map-changing events so far. 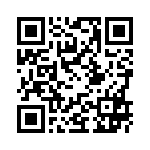