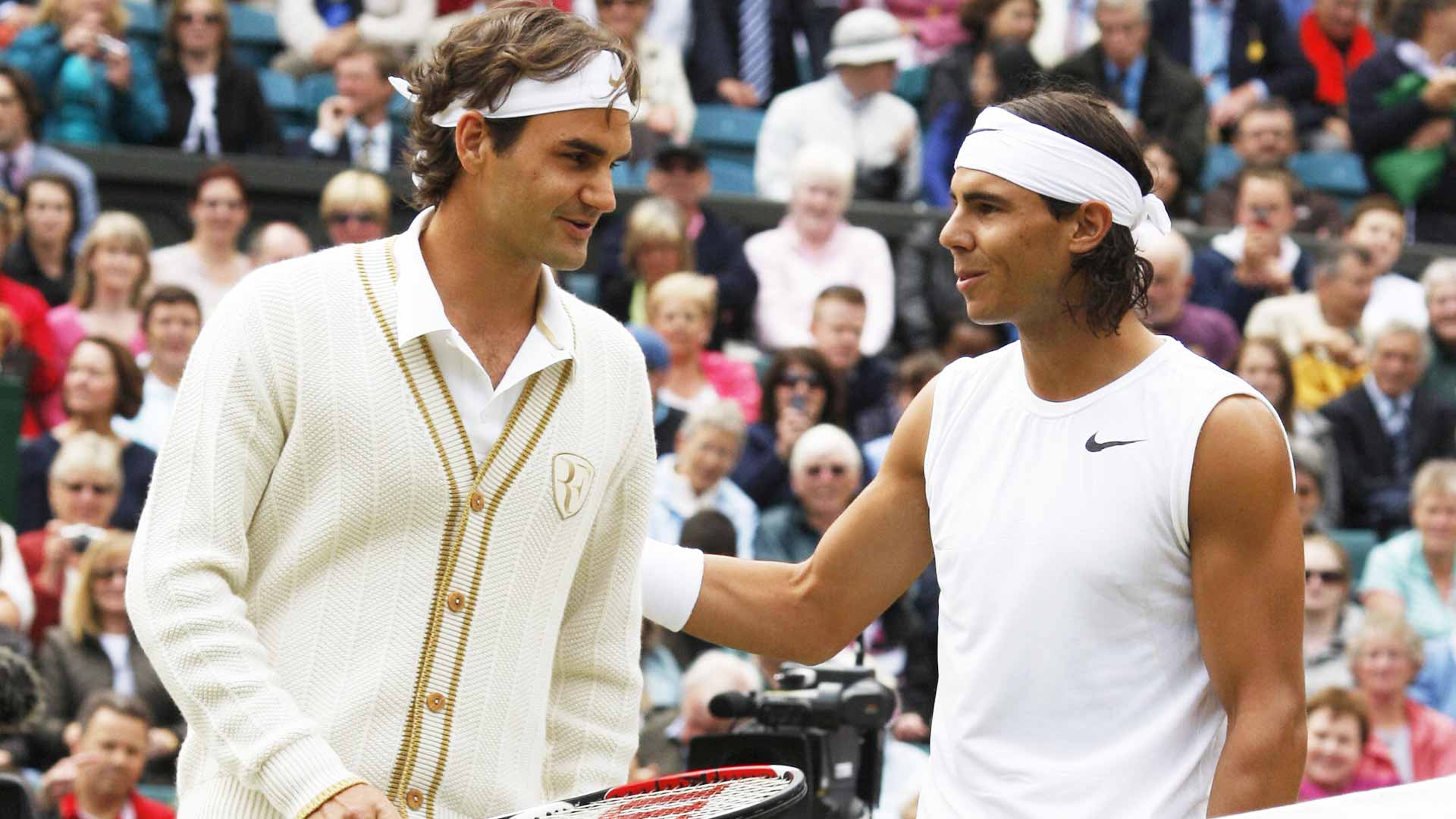 What is the greatest match of all time? Every era has enjoyed different milestones, records and unforgettable moments, making it nearly impossible to choose one match above the rest. However, there is no doubt that the final between Rafael Nadal and Roger Federer at 2008 Wimbledon holds a special place in the history of this sport.

“The standard was so high, but it’s difficult to compare different eras,” Francis Roig, Rafael Nadal‘s coach, told ATPTour.com. “It was so exciting, really wonderful. If it’s not the best match in terms of tennis that you could see, in terms of excitement, it’s surely one of the best in history for everything it had: the time it finished, the flashes, the break, the match points.”

Any fan who watched this match would agree with Roig’s assessment. Everything that happened in the cathedral of tennis on 6 July 2008 is now part of legend.

The Spaniard was facing the No. 1 player in the FedEx ATP Rankings and defending champion for the third consecutive time in a Wimbledon final. The result had come out in favour of the Swiss in the previous two years. But this time it was different. Despite Federer coming close to turning the match around. Nadal won 6-4, 6-4, 6-7(5), 6-7(8), 9-7 after four hours and 48 minutes.

“It was clearly a turning point,” Roig said. “Nadal had played in two finals before. He had fewer chances in the first [2006], but I think the second was a lot closer [2007]. They then played a third final and winning it changed things. Beating Federer at Wimbledon, in a final, says it all.”

It’s a sentiment that Nadal fully agrees with.

“It’s one of the best matches of my career, without a doubt,” Nadal admitted in a recent report shown on #Vamos. “I had lost two finals. It was a big goal and a dream for me to win Wimbledon. I had two match points, one of them on my serve, and with a mid-court forehand that was comfortable enough to be able to do more. I did the minimum I could, safe, but getting the ball back is not enough against Federer. He produced a spectacular pass and we went to the fifth set.”

Roig sees that all-or-nothing fifth set as the key moment of the final. However, Nadal already knew what it was to win a Grand Slam. He had lifted the Coupe des Mousquetaires four times at Roland Garros (2005-08) and Federer was his opponent in the final on three of those occasions. But he had never been so close to winning Wimbledon as he was in the fourth set of the 2008 final.

“When he missed the chance to close out the match and went to the locker room, rather than feeling beaten, he said that he wouldn’t lose the match. Roger would have to win it,” Roig revealed. “Rafa had a winning attitude and that gave the team peace of mind. It was an important moment. In the end, matches are not over until they are over.”

You May Also Like: Federer’s 100: 10 Memorable Match Wins At Wimbledon

As night fell in London, a forehand from the Swiss that landed in the net gave Nadal the title. Sprawled out across Centre Court, the Mallorcan was finally able to breathe a sigh of relief. The Wimbledon men’s singles trophy was his.

“It was a very important achievement,” Roig said. “I think it really helped him believe that he could do the great things at Wimbledon that he has shown.”

Nadal had already beaten Federer on clay and hard courts, but now he had done it on grass. Besides the significance of that victory, Nadal’s coach also believes another match in their ATP Head2Head series was key.

“I think their first match was an important one, when he beat Federer at age 17 in Miami,” Roig said. “When you play a player who you theoretically have to beat to become No. 1, and you have a great match and win on the first try, it gives you a lot of confidence so that you believe you can win in the next matches.”

This is how Roig remembers one of the greatest stories in the history of tennis, 12 years on from that memorable tie.