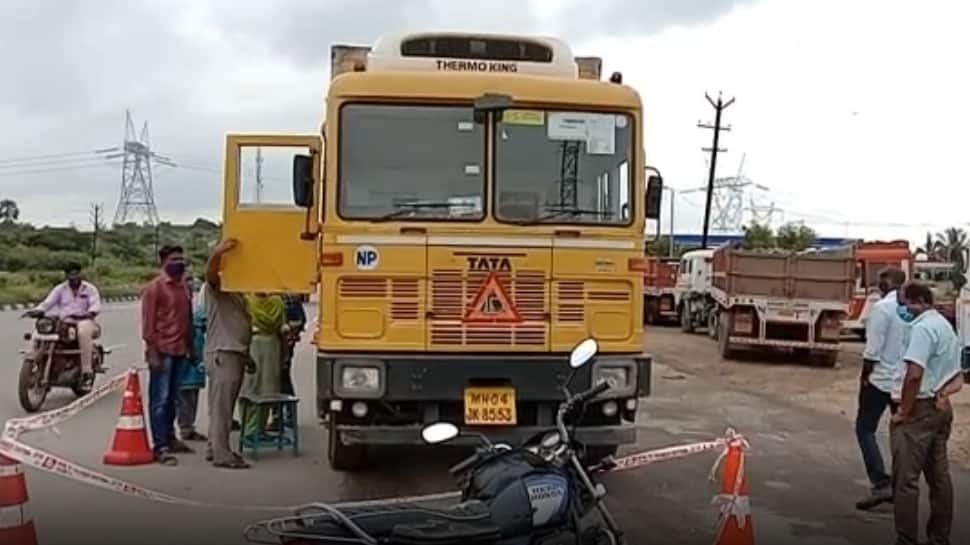 By DM Seshagiri in Andhra Pradesh and Sidharth MP in Chennai

In an incident that occurred in the Krishnagiri district (Tamil Nadu), in the early hours of Wednesday (October 21, 2020), a gang has stolen around 1400 mobile phones, said to be of the Chinese Mi brand, worth several crores, by intercepting a lorry that was transporting the phones. The lorry is said to have been traveling from Poonamallee in the outskirts of Chennai to Mumbai (Maharashtra).

Police officials told Zee Media that the incident took place between 1-2 am after the lorry had crossed a toll plaza near Melmalai in Krishnagiri district.

The gang is said to have intercepted the lorry and attacked the driver and cleaner after which they drove away.

After decamping with the mobiles, the perpetrators had abandoned the vehicle on the highway near Azhagupavi.

The driver and cleaner have reportedly been admitted in the Krishnagiri government hospital and the District Police have formed a 10-member team to investigate this case, which is said to be the first in Tamil Nadu.

This is to be noted that a similar attempt was made recently on a lorry carrying mobile phones that had entered Andhra Pradesh from Tamil Nadu. There too, the criminals had intercepted the lorry, attacked the driver and driven away, following which they abandoned the vehicle after emptying the phones worth around Rs 7 crore. After investigations for over a month, the cops had recovered most of the stolen phones and nabbed the gang responsible from Madhya Pradesh. Major traffic snarls leading to Delhi from Haryana, UP borders due to farmers` agitation