Chilean Cristian Garin won a personal-best eighth consecutive match on Sunday afternoon, finishing off a 6-4, 7-5 win against fifth seed Borna Coric to reach the final of the Rio Open presented by Claro.

The third seed slept on a 6-4, 4-4 advantage, with rain suspending play. Garin wasted little time completing his victory, needing just four games on Sunday to reach his fifth ATP Tour final (3-1). All five of the 23-year-old’s tour-level championship matches have come in the past year.

Garin faced a break point in the first game of the resumption, but he was able to maintain his poise and advance after one hour and 44 minutes.

The Chilean may have experienced deja vu. Last year at the Libema Open, Coric saved one match point before defeating Garin in their only previous ATP Head2Head meeting. In Rio de Janeiro, serving at 5-6, Coric saved match point when he hit a big serve out wide and followed it up with a big forehand swinging volley into the open court. Garin got to the ball in time, but missed his forehand passing shot down the line wide by a couple of feet.

Garin remained undeterred, though. He earned his first victory against the Croatian when Coric missed a forehand into the net.

The recent Cordoba Open champion will face Italian qualifier Gianluca Mager or Hungarian lucky loser Attila Balazs in the final. Those men are currently in the third set of their semi-final, which was also suspended Saturday evening due to rain. 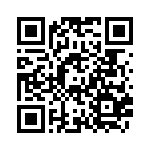