Ten months ago, Cristian Garin didn’t own an ATP Tour trophy. Just more than a year ago, he had never reached a tour-level final.

But after beating Italian qualifier Gianluca Mager 7-6(3), 7-5 on Sunday in a physical battle to win the Rio Open presented by Claro, Garin is a four-time ATP Tour titlist. The Chilean has won a personal-best nine consecutive matches after also triumphing earlier this month at the Cordoba Open in Argentina.

With rain suspending play in both singles semi-finals on Saturday evening, Garin had to do double duty in Brazil on Sunday. He needed only four games to finish off a straight-sets victory against fifth seed Borna Coric. The third seed then returned to Quadra Guga Kuerten later in the afternoon to beat Mager in one hour and 35 minutes for the trophy.

Garin was the favourite heading into the final, not just because of his FedEx ATP Ranking — No. 25 to Mager’s No. 128 — but because he played far less tennis on Sunday in his semi-final. Mager resumed play with a 7-6(4), 3-3 lead against Hungarian lucky loser Attila Balasz, whom he defeated 6-0, 6-2 in the final round of qualifying. The Italian had to battle from down a break in the decider to win 7-6(4), 4-6, 7-6(2) just to reach the final.

But Mager — who was broken in the first game of the match — showed no fear of the stage, despite winning only two tour-level matches before this week. He used his first serve to elicit short balls, which he was unafraid of going after, winning 78 per cent of those points. Mager also played plenty of cat-and-mouse rallies with the Chilean, using short angles to get the third seed on the move.

It was a memorable week for Mager, who upset top seed and World No. 4 Dominic Thiem in the quarter-finals. The three-time ATP Challenger Tour champion earns $178,455 and 300 points, which will see him climb inside the Top 80. Previously, the Italian’s career-high was No. 114. 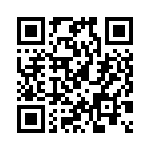