GeForce Now is switching to an opt-in system for developers instead of the previous opt-out system, Nvidia announced on May 27. GeForce Now, Nvidia’s cloud-based streaming service for PC, left beta in February and has seen a number of big name companies, like 2K Games and Activision Blizzard, remove their games from the service.

The blog post by Phil Eisler, General Manager of GeForce Now, stated that not only would companies need to opt into the service moving forward but that they would be removing games on May 31 if the companies do not opt-in by that time.

Eisler further explained that participating in the service would not require any extra cost on developers that opt in. 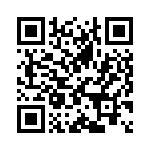