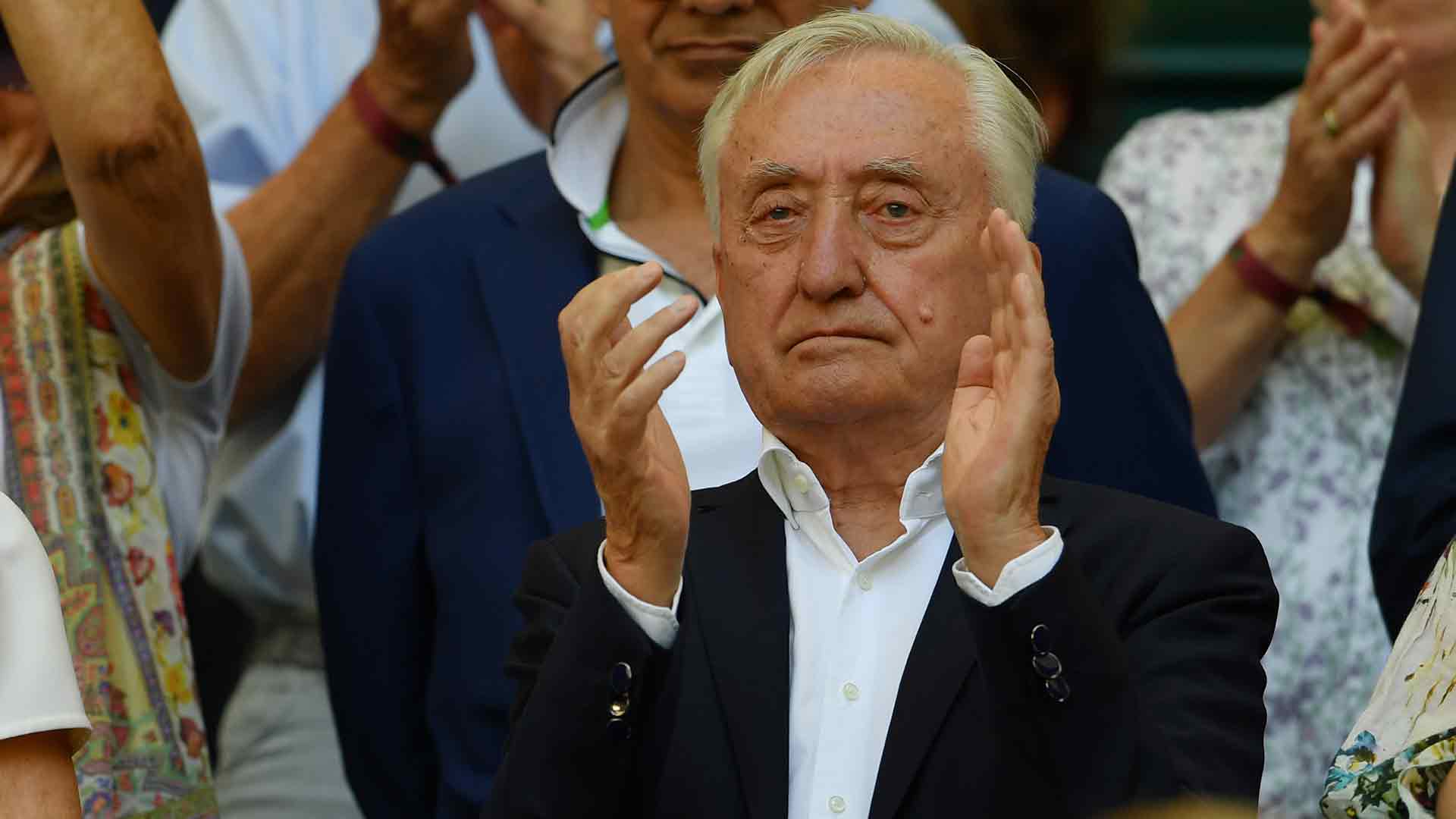 Gerhard Weber, the award-winning German fashion designer, who founded the Gerry Weber manufacturing and retail chain, and turned Halle into an international tennis destination, passed away on Thursday morning aged 79.

Weber first made his move into professional tennis in 1986, when he signed 17-year-old Steffi Graf as a brand ambassador, three years before Gerry Weber went public as a business on the Frankfurt Stock Exchange on 7 March 1989. In 1992, now firmly established in the women’s fashion industry, Weber and his son, Ralf, set about organising a $25,000 ATP Challenger Tour event in 1992 on the clay courts of TC Blau-Weiss, where Gerhard had been club chairman since November 1985.

Subsequently given a spot on the 1993 ATP Tour calendar, one week after Roland Garros, the Webers knew that terre battue tennis wouldn’t work during the summer grass-court swing. Together, they made Halle-Westphalia, home to half-timbered houses, cobblestone streets, a lot of agriculture and 20,000 residents, a must-see tournament, held in the same week as the Fever-Tree Championships at The Queen’s Club.

Local businessmen thought the Webers were crazy, but the Gerry Weber Open [now named the Noventi Open] began in wet conditions in 1993, with Henri Leconte beating Andrei Medvedev in the final, on a court of 400 pre-prepared grass tiles. The tournament team immediately started construction on a retractable roof over the 12,300-seater centre court — named Gerry Weber Stadion — in time for the 1994 event. The roof closed in just 88 seconds, and with a train station just 500 yards away, the crowds grew.

Three former World No. 1s, Yevgeny Kafelnikov (1997-98, 2002), Lleyton Hewitt (2010) and Roger Federer, who first received a wild card as an 18-year-old in 2002 and has clinched a record 10-time Halle trophies, all played a part in building the global appeal of the ATP 250 (1993-2014) and now ATP 500-level (2015-present) event, which is today broadcast to more than 130 countries. In 2018, the Deutscher Tennis Bund [German Tennis Association] presented Weber an award for his “outstanding achievements for German tennis”. The following year, Noventi, a healthcare company based in Munich, became the new title sponsor of the tournament.

Weber, who opened his first fashion shop in 1965, founded the fashion empire from the Westphalian province on 1 March 1973 with his childhood friend Udo Hardieck (who passed away in 2018). Initially named Hatex KG, the brand became Gerry Weber in 1989 and at its peak operated 850 stores in 60 countries worldwide. The company established several other brands, including younger label Taifun in 1986 and plus-size label Samoon in 1994.

In November 2014, Weber started to withdraw into retirement, moving from the Management Board to the company’s Supervisory Board. Ralf, who had joined the three-man management board in 2013, then became the Gerry Weber CEO until October 2018 and remains the Tournament Director of the Noventi Open.

Weber, who enjoyed playing golf, had two sons, Ralf and Udo. Married to Charlotte, he passed away in Münster.