At Sony’s PlayStation 5 Showcase, the company showed our first glimpse at a sequel to 2018’s God of War. We got almost nothing in the way of details and didn’t see the game in action at all, but we got one key tidbit: “Ragnarok is coming.” We also know the game is coming sometime in 2021.

God of War director Cory Barlog hinted at a possible announcement earlier in the day by changing his Twitter avatar, but it wasn’t clear at the time if he was dropping clues or just teasing fans. The previous God of War game left the door open to a sequel, with an original story that took series protagonist Kratos out of the Greek pantheon and into Norse mythology.

In the video, we see an icy God of War omega logo adorned with Norse runes, while Kratos intones over the image, “The time draws near. You must prepare yourself.”

The tagline “Ragnarok is coming” plays into what we saw at the end of God of War in 2018, which suggested that the journey undertaken by Kratos and Atreus (also known as Boy) could be the first step in the Norse story of the end of the world. It seems things are escalating for the former God of War, and one wonders how everything we learned about Atreus, his mother, and the rest of the gods in the first game will change the relationship between father and son in the next. 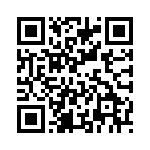