It’s the end of another week and we want you to start the weekend right, so we’ve got a bunch of cool, funny, and downright heartwarming stories from around the video game world for you. Good News Gaming is all about uplifting the spirit and putting a little spring in your step, so give the episode a watch and hopefully it’ll leave with a warm and fuzzy feeling.

The breakout star of this week’s selection of stories is a streamer that goes by brohx_. He usually spends his time broadcasting himself doing intricate wood carvings, but the lad is also a big fan of video games. He loves to play World of Warcraft and, due to his modest laptop, usually sticks to the classic version, which is less demanding on hardware. However, brohx_ stepped into the spotlight when a video of him telling people not to subscribe to him–and even trying to figure out whether he can return subs–was broken out and circulated. It’s so wholesome and his desire to ensure people take advantage of the free entertainment he provides was incredibly sweet.

The best part of the story is another Twitch streamer dedicated one of their broadcast to raising money that would be used to get brohx_ a PC to play more games. Of course, the humble lad protested, but the community was too set on showing him some love. It’s a wonderful story. Also, he likes My Hero Academia–what a lovely person. 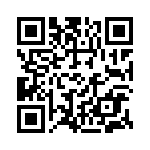