A feature called ‘Battery Share’ will reportedly be part of Android 11, and is said to be a Google feature than an AOSP feature.

Google had to give India the skip with its Pixel 4, due to frequency interference issues with the Soli radar chip in the phones. However, those who did get to use the phone internationally have complained about weak battery life, which can be a debilitating issue for everyday usage. Now, the advent of Android 11’s first developer preview have led to many trying to find out hidden features inside the OS, and one of the clues found by XDA Developers is a feature called Battery Share. The feature is hidden inside the Android 11’s settings, and is not enabled by default.

Phone-to-phone wireless reverse charging has been seen in a few devices already, with the Huawei P30 Pro being one of the examples. With Pixel 5, however, Google will need to ensure that the phone itself offers better battery life than its predecessor, if it is to have any realistic shot at being used as a reverse charger in urgent cases. The XDA report also states that the Battery Share feature seems to be Google specific, and is not an AOSP feature. As a result, it further strengthens the speculation that this alludes to a feature for the future Pixel smartphone.

While it is not yet clear if the Pixel 5 will come to India, Google is expected to bring its next generation mid-range smartphone, the Pixel 4a, to India. The Pixel 4a is not expected to feature the Project Soli chip inside, which was the reason why the Pixel 4 did not get clearance to launch in India. With Apple also expected to launch a mid-range option with the iPhone 9/iPhone SE2, it will be interesting to see how typical flagship players like Apple and Google fare against more seasoned companies in the segment, including OnePlus, Samsung and others. 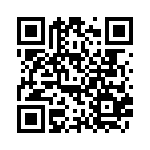