Google has confirmed it has yet again removed ToTok from the Play Store following reports that it was being used as a spying tool. Apart from the Play Store, the messaging app has already been removed from Apple’s App Store. The New York Times had reported back in December that the Emirati app was being used for spying. The app was removed from the App Store and Play Store before the New York Times published its story. However, on January 4 this year the app was again found on the Play Store, and Google did not explain the reason for its comeback.

The NYT report in December had detailed how ToTok which was gaining traction around the world was actually a spying tool by the United Arab Emirates. The same was confirmed by a Middle East digital security expert, on conditions of anonymity. The New York Times report alleged that the app was being used by UAE to “track every conversation, movement, relationship, appointment, sound, and image of those who install it on their phones,” adding that the approach allows the government to keep a more direct form of surveillance.

According to the report, the Android version of the app was downloaded over 10 million times. The messaging app which offered features including text, voice, and video calling was also popular in Europe, North America, Middle East, Africa, and Asia. 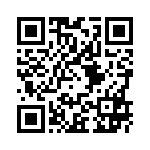