Stadia continues to roll out new features, and an important one has just been added that will benefit players who are using an Android mobile for their gaming. In the latest update on the Google Stadia community blog, it’s been announced that the wireless Stadia controller now works with Android devices.

The latest Stadia update, which is availabble now, allows you to connect the controller as long as your device and controller are connected on the game Wi-Fi network. Follow the pairing instructions on your screen and you’ll be good to go.

You’ll also be able to experience audio through your headset once it’s connected. This will be a feature that many players have been waiting on for a long time, so it’s good that it has finally arrived.

Four new games have been added to Stadia Pro as well, as of July 1. Those games are Crayta (which is premiering on Stadia), Monster Boy and the Cursed Kingdom, SteamWorld Dig, and West of Loathing. You’ll be able to play them on your Android phone with a controller, too.

Stadia recently dropped the price of the Premiere Edition, which is designed for people who want to play their games on a television. 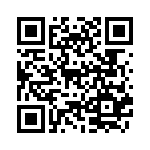